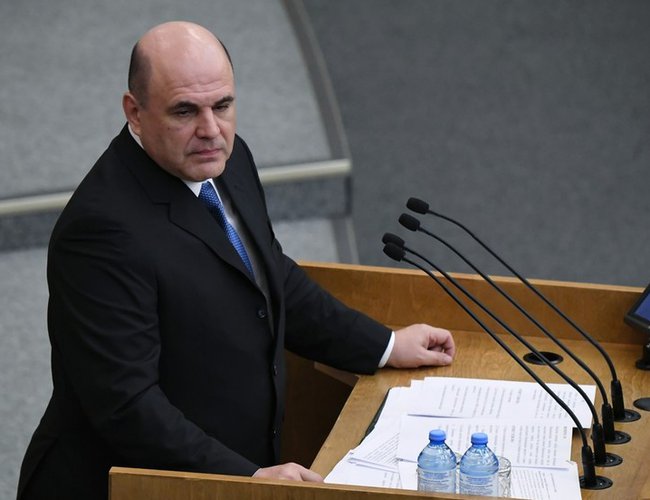 Russian President Vladimir Putin appointed Mikhail Mishustin as a new Prime Minister of Russian Federation. According to Russian Television (RT), he will now have to suggest his picks for ministers and deputy Prime Ministers, as set out in the Constitution.

The 53-year-old politician has worked in government since 1998 and has been described as a low-profile technocrat who managed to propel Russia's tax service to remarkable efficiency reports RT.

Mishustin has been ratified as next Prime Minister of Russia by MPs, after the cabinet resigned on Wednesday. Vladimir Putin had earlier proposed Mishustin, formerly head of the Federal Tax Service, as a candidate.

In an overwhelming vote on Thursday, 383 lawmakers supported Mishustin's candidacy. Not a single MP cast their vote against the Prime Minister, but 41 MPs — members of Russia's Communist Party — chose to abstain, RIA Novosti reported.

Later in the day, The Prime Minister didn’t go into detail about this. “I think that an understanding [of who to propose] will arise in the coming days, we consulted with all the factions today,” he revealed. The list of future ministers will be pitched to the President “in the near future.”

Mishustin has already promised a major cabinet reshuffle, meaning that some fresh faces could emerge as new ministers. The incoming government must hold personal responsibility for the decisions they take to help economy grow, Mishustin told MPs ahead of the confirmation vote.

The first thing to do is to seriously engage in institutional and management reform, and, of course, bring in the most advanced information technologies.

To Mishustin, there are enough resources out there to achieve goals set by the President: "We have a fairly stable [economic] situation ... we do have inflation but I think it will not exceed 4 percent, this is obvious."

Mishustin was suggested by President Putin as a replacement of the long-time premier Dmitry Medvedev, who has been offered a position of deputy chief of Russia's Security Council.

According to Associated Press, Mikhail Mishustin never had any political ambitions as a career bureaucrat and his name didn't come up as a top candidate to become Russia's next prime minister.

But the 53-year-old Mishustin, the longtime chief of Russia's tax service, was tapped for the post by President Vladimir Putin. The lower house of Russia's parliament, the Duma, quickly appointed Mishustin as prime minister on Thursday.

Mishustin's lack of political ambition or any political experience indicates that he is likely to dutifully carry out the Kremlin's wishes as the head of the Cabinet which some commentators point out is especially important in the “transition period” of constitutional reforms proposed by Putin.

Mishustin, who has a degree in information technology, has been a state official for the past two decades. His career kicked off in 1998, when he became deputy head of the State Tax Service.

In 2010, after a two-year stint at a private investment firm, Mishustin returned to the tax service, this time as its chief and handpicked by Putin, then himself a prime minister. Having earned around $2.6 million in 2009, Mishustin was the third-richest state official in Russia at the time.

Over the years, Mishustin “has created a cutting-edge tax service from the ground up, using modern technologies and (means of) digital economy,” said Vyacheslav Volodin, the speaker of Russia's lower house of parliament.

Elections Is Just A Month Away: Alliance Is Making Is Making By Agencies 2 days, 16 hours ago

US Carries out Airstrikes In Syria By Agencies 2 days, 17 hours ago

A Massive Funeral Held For Woman Shot During Myanmar Protest By Agencies 6 days, 18 hours ago