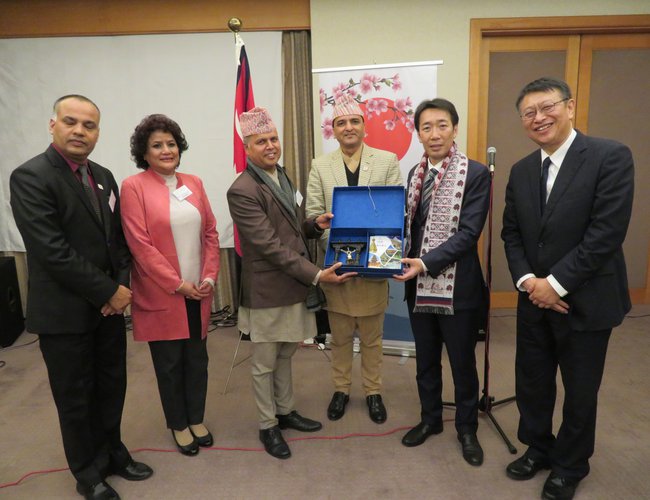 Parliamentary Vice-Minister for Foreign Affairs of Japan Nakayama Norihiro said that Japan will support to make Visit Nepal Year 2020 a success. Highlighting the beautiful nature of Nepal, he said that the number of Japanese tourist visit to Nepal will likely to increase given the new connectivity by Nepal Airlines to Japan.

He said that Nepal Airlines' regular flight to Japan’s Narita Airport will further make easier for Japanese to visit Nepal. Attending the promotional event of Visit Nepal Year 2020 (VNY 2020) organized by the Embassy of Japan, he said that Japan is eager to support Nepal.

During the program, Minister of Culture, Tourism and Civil Aviation Yogesh Kumar Bhattarai said that Nepal-Japan always has good relations saying Japan’s support to Nepal is highly important. Minister Bhattarai said that Japan has given highly valuable humanitarian and material support to Nepal to cope with the earthquake of 2015. He also thanked Japan Government for supporting the modernization of Tribhuwan International Airport’s navigation system.

Minister Bhattarai expressed his strong belief that numbers of visiting Japanese tourists reach nearly 100,000 during the period of VNY 2020 given the kindness of the Government of Japan and the people of Japan.

Ambassador of Japan to Nepal Masamichi Saigo said that this event is organized to support VNY 2020.

Prior to the event, Nakayama had a meeting with Yogesh Kumar Bhattarai, Minister for Culture, Tourism & Civil Aviation and wished for the grand success of VNY 2020. 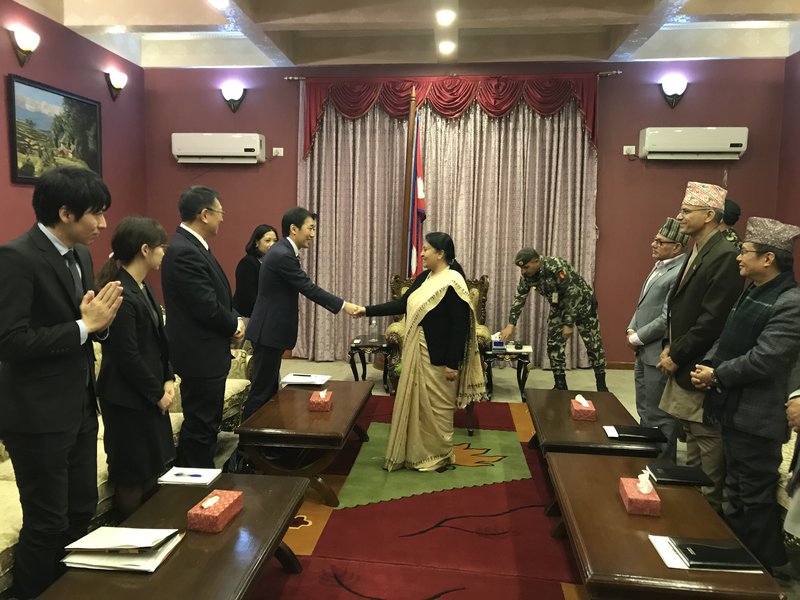 They exchanged views of mutual interest and cordial relations between the two countries, which has been in place since bilateral relations were established in 1956. Recalling President Bhandari’s visit to Japan to attend the Ceremonies of the Enthronement of the Emperor last October, Nakayama expressed that a recent increase in bilateral exchanges between Japan and Nepal is further enhancing the long-standing friendly relationship. 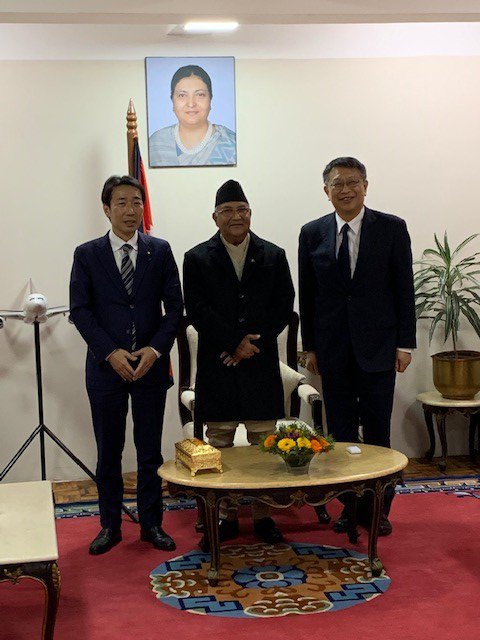 Nakayama visited the project sites supported by Japan, one of them is Paropakar Maternity and Women’s Hospital at Thapathali, which was under the ‘Program on Rehabilitation and Recovery from the Nepal Earthquake in 2015’ and completed in May 2019.

He also visited Tribhuvan International Airport which Japan supported under the “Project for Improvement of Aviation Safety Facilities in Major Airports ”to improve the safety and efficiency of air transport in Nepal. Furthermore, Nakayama observed Kathmandu Durbar Square where two Japanese cultural heritage advisors are engaged in reconstructing cultural heritage damaged by the earthquake in 2015. He also met some academies. 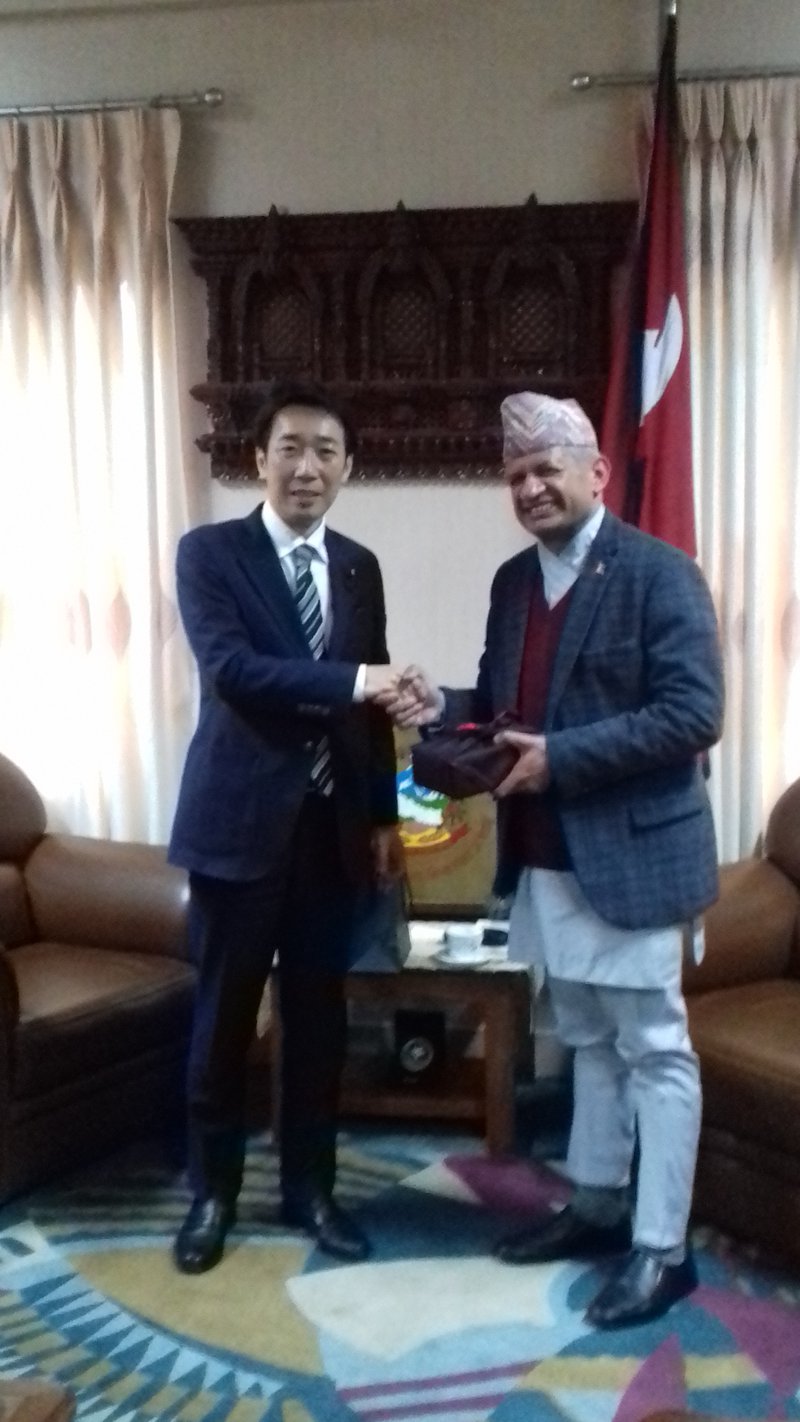 Likewise, Nakayama attended the promotional event of Visit Nepal Year 2020 (VNY 2020) organized by the Embassy of Japan. Prior to the event, Nakayama had a meeting with Yogesh Kumar Bhattarai, Minister for Culture, Tourism & Civil Aviation and wished for the grand success of VNY 2020. 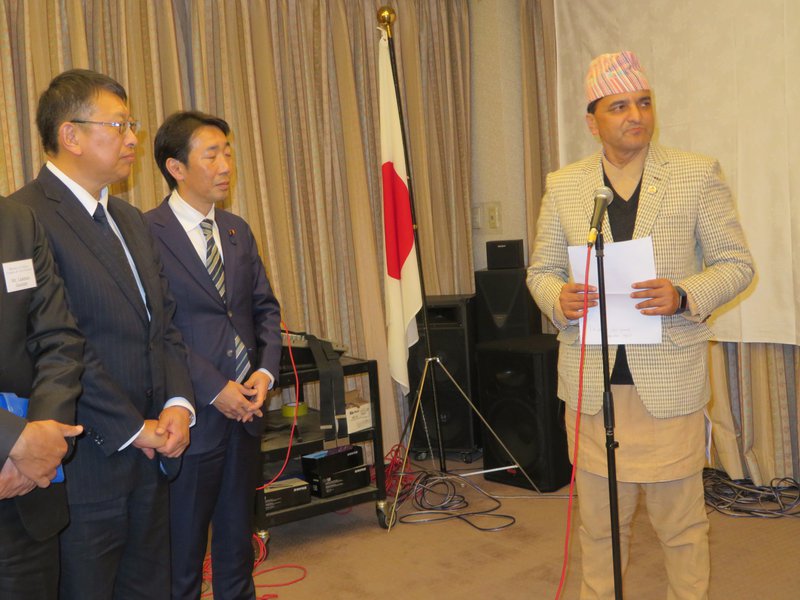