“I Expressed Gratitude To My Friend Modiji For Support: PM Oli

“I Expressed Gratitude To My Friend Modiji For Support: PM Oli 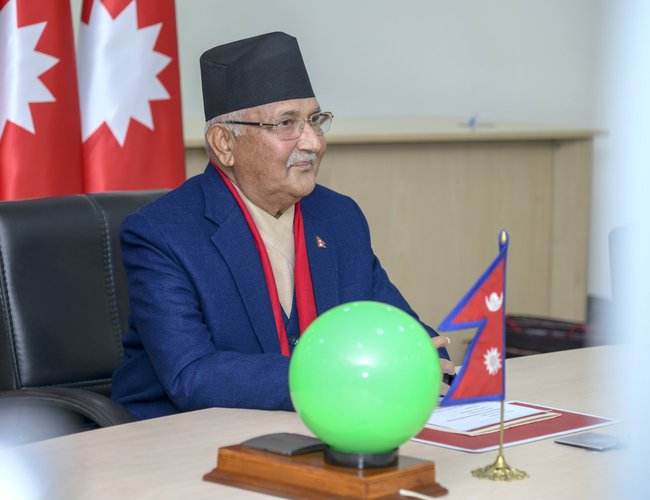 Narendra Modi Jee and I have jointly inaugurated Integrated Check Post in Biratnagar. This will pave the way for diversification of trade and easy mobility of the people from both the countries. “I would like to express gratitude to my friend Modiji for support,” writes PM KP Sharma Oli in his tweet.

According to a news report by Indian media Livemint, PM Oli changed his tune to resolve the pending issue.

“Nepal’s prime minister KP Sharma Oli also urged the resolution of what he termed the “pending issues" with New Delhi as he joined his Indian counterpart Narendra Modi to inaugurate an integrated checkpoint at the India-Nepal border. The checkpoint is aimed at boosting commercial and people-to-people links,” writes livemint.

While appreciating the swift completion of the checkpoint as well some 50,000 houses for the people affected by the 2015 earthquake in Nepal, Oli said, “The time has come to resolve all pending issues through dialogue in the lasting interest of our two countries and peoples."

“Stable and majority governments" in both countries provides New Delhi and Kathmandu the opportunity to do this, he said.

“Analysts say Oli’s reference includes a border dispute along the India-Nepal border close to China. It is seen as a tri-junction point between India, Nepal and China and been manned by the Indo-Tibetan Border Police since 1962. Both India and Nepal claim Kalapani, a 35 square kilometre area through which the river Mahakali flows, as an integral part of their territories — India as part of Uttarakhand’s Pithoragarh district and Nepal as part of the Darchula district,” Livemint.

The issue acquired fresh currency after New Delhi published a new map of India following the bifurcation of Kashmir into two union territories after the Indian parliament in August revoked the special status granted to the region under article 370 of the constitution. The foreign secretaries of India and Nepal were to meet to discuss the Kalapani border issue but no dates have been notified as to when the meeting is to take place.

Other “issues" Oli alluded to as sticking points in ties include a longstanding demand from Kathmandu for the reworking of the 1950 India-Nepal peace and friendship treaty to reflect current realities. 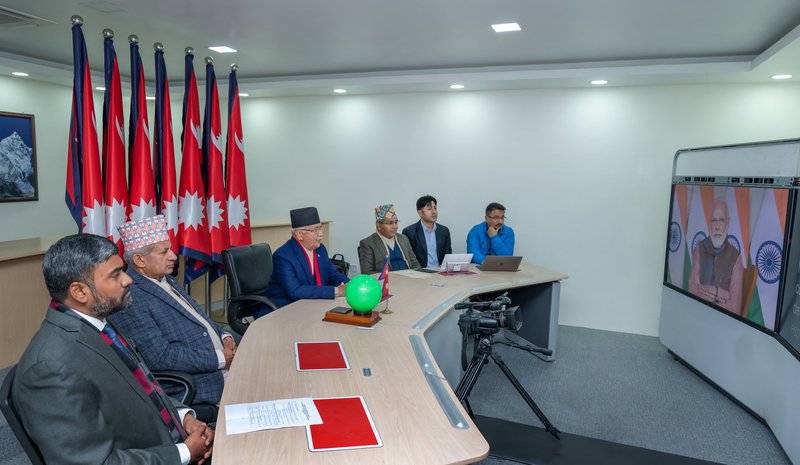 In 2014, the two countries had agreed to “review, adjust and update" the pact but progress has been slow. An Eminent Persons Group appointed by both governments subsequent to this has come up with a report that has been accepted by the Nepalese government but is still to be formally accepted by the Indian government, say news reports. One of the sticking points in amending the treaty is a clause that to security that binds both countries into informing each other about "any serious friction or misunderstanding with any neighbouring State, which is likely to cause any breach in the friendly relations subsisting between the two (India-Nepal) governments."

News reports say that Nepal would like to do away with the clause but New Delhi wants to ensure it is retained given India’s concerns over Nepal forging closer links with giant northern neighbor China. Since Oli took office in 2018, he has worked to boost ties with Beijing while seeking to maintain "strategic autonomy" from India says Livemint.

India Provides Grant For The Construction Of New School Building In Butwal By NEW SPOTLIGHT ONLINE 13 hours, 1 minute ago