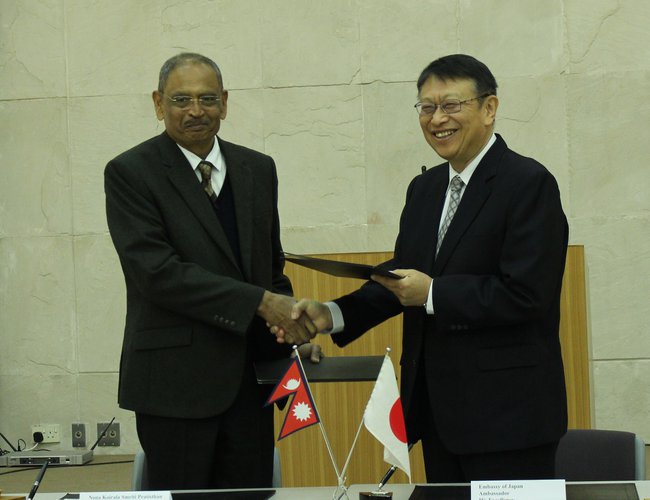 The project for building the training centre and emergency shelter facility in Biratnagar is funded under the Grant Assistance for Grassroots Human Security Project (GGP) of the Government of Japan.

At the signing ceremony, Ambassador SAIGO said the project will help to promote the welfare and security of people in and around Biratnagar. 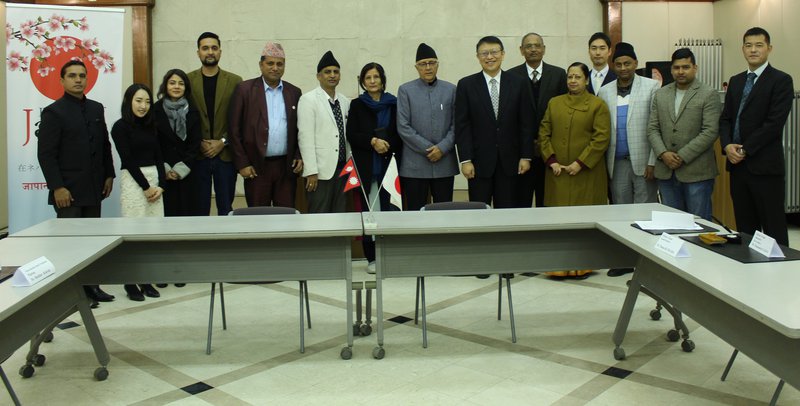 Nona Koirala Smriti Pratisthan was established in 2008 and has been providing emergency relief and supporting public health activities in affected areas during natural disasters.

The Embassy of Japan believes that the project will contribute towards enhancing the friendship that exists between the people of Japan and Nepal.

India Provides Grant For The Construction Of New School Building In Butwal By NEW SPOTLIGHT ONLINE 13 hours, 10 minutes ago