Japan Provides Grant For A Drinking Water Project To Budhanilkantha 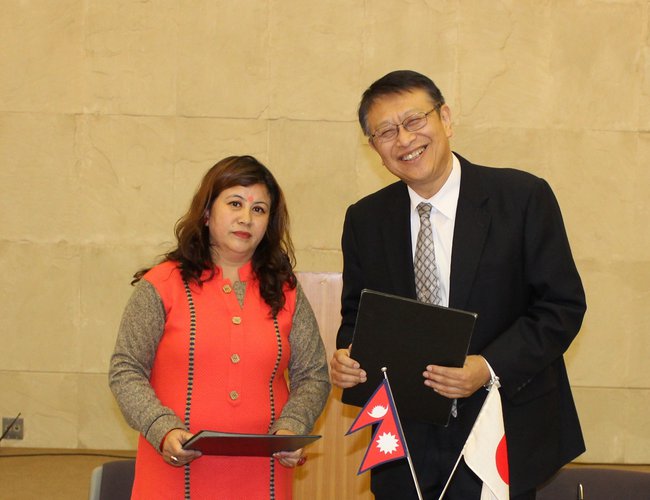 The project is funded under the Grant Assistance for Grassroots Human Security Projects (GGP) of the Japanese Government and involves grant assistance of USD 83,343 (approximately NPR 9.42 million).

The project will support the construction of a deep well and the installation of filtration plants for drinking water. It will also install 15 tap stands at Shree Pathivara Adharbhut School and in the community.

At the grant signing ceremony, Ambassador SAIGO said that he hoped the assistance would contribute to provide access to safe drinking water to both students and residents of the community. 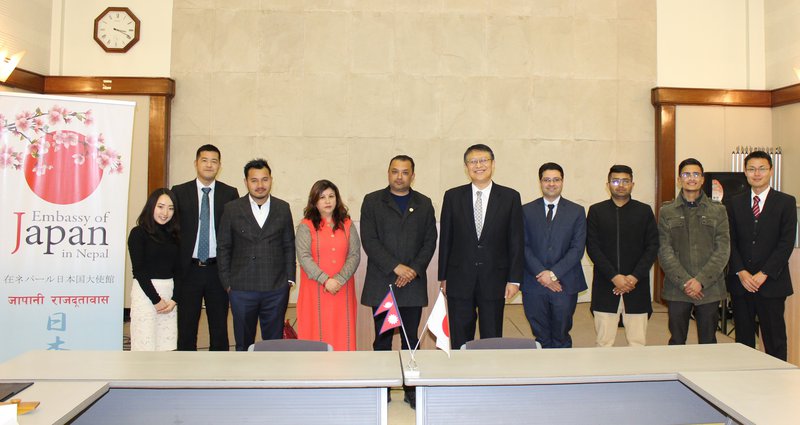 Aadarsha Nepal was established in 2009 and has been organizing awareness campaigns on health and sanitation while also offering vocational training. Up to now, the community has had a poor drinking water supply that has made it difficult for residents.

The Embassy of Japan hopes that the project will contribute towards improving the urban environment through improved access to safe drinking water and also contribute towards extending the friendship between Japan and Nepal at the peoples’ level.