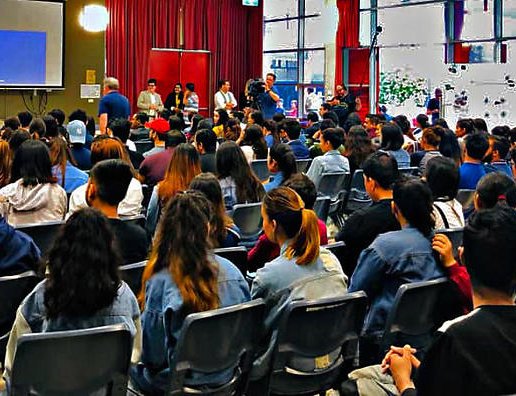 Over the past three years Australia has experienced an alarming rise in Nepalese international students.

According to Department of Education, Nepalese student enrolments ballooned by 212% in the three years to October 2019, growing from 21,000 to 65,700.

The explosion in Nepalese student enrolments has been driven by the vocational education and training (VET) and higher education (i.e. university) sectors, which experienced growth of 497% and 132% respectively in the three years to October 2019.

Meanwhile, the lion’s share of Nepalese students have flooded into New South Wales, which accounted for around two-thirds of total Nepalese enrolments in October 2019.

The explosive growth in Nepalese international students has raised accusations that Australia’s tertiary education industry has badly eroded standards and is facilitating exploitation.

For example, Inside Story’s Tim Colebatch last year questioned why Australia is admitting so many students from Nepal, given it is so poor, shares no cultural ties with Australia, and does not speak English: …one source stands out: the little Himalayan country of Nepal, just thirty million people, living in one of Asia’s poorest countries.

In 2017–18, one in every 1500 inhabitants of Nepal emigrated to Australia. In an era of strict immigration controls, that is an astonishing number for two countries so far apart, with no common language, heritage or ethnicity…

Deregulation has allowed universities to selectively lower their standards to bring in more fee-paying foreign students, even when they fail to meet the thresholds for English language skills or academic achievement…

This is not the first time immigration from Nepal has surged. A decade ago, we saw a scam with training visas, in which “students” from India and Nepal came for training courses in Australia, then quickly vanished into the workforce. The scam saw net immigration set record levels in 2008–09, before then immigration minister Chris Evans shut it down. But most of those who came stayed on here.

At the current pace of immigration, Australia will soon have more residents born in Nepal than in Greece. Education experts have also warned that dodgy education agents are facilitating the trade in Nepalese students, many of whom are studying in Australia purely for migration purposes:

The number of education agents – or recruiters – operating in Nepal has leapt from a few hundred to more than 3000, according to a federal education department spokesman.

Unlike the Chinese and Indians, who mostly enrol in university degrees, about half the Nepalese students enrolled in vocational education and training or English language courses.

The trend has alarmed higher education experts, who warn it is unlikely the students can genuinely afford to study in Australia, and are likely involved in exploitative work to pay for their tuition.

Andrew Norton, professor of higher education policy at the Australian National University, said the Nepalese influx should be “red-flagged” by the Department of Home Affairs.

“Nepal is a country with a not-very-large population and it is very poor,” he said. “You have these basic questions of how so many people can afford to come to Australia and afford education here”…

Professor Norton said Nepalese international students had “an extremely high number” of secondary applicants on their visas, “suggesting to me that maybe they’re bringing in their spouses to work”…

Salvatore Babones, associate professor at the University of Sydney, was even more critical, accusing universities and the government of presiding over the “abuse” of poor families.

World Bank figures show Nepal’s gross domestic product per capita is about $US1000 – less than a 50th of Australia’s and half of India’s. “And yet it has this enormous contingent of students in Australia,” said Associate Professor Babones.

“This should be a red flag for everybody that they’re coming to Australia on loan-shark money, working their hearts out while they’re here in both legal and illegal employment so they can send money back to their families.

Clearly, the Nepalese are using Australia’s education system for backdoor migration to Australia, and this is being facilitated by our higher education industry, which has cratered entry and teaching standards to accommodate them.

In turn, the Australian economy is being inundated with cheap exploitative labour and our major cities (Sydney especially) are being crush-loaded.

The situation will undoubtedly worsen as our greedy education industry continues to pivot toward lower quality students from the Indian subcontinent in bid to lift both enrolments and fees.

US Expelling Russian Diplomats By Agencies 10 hours, 5 minutes ago

US: Troops In Afghanistan To Withdraw By September 11 By Agencies 2 days, 9 hours ago

50th Anniversary Of Ping-Pong Diplomacy By Agencies 5 days, 9 hours ago

May His Soul Rest In Peace’: World Reacts To Prince Philip Death By Agencies 6 days, 9 hours ago

Iran Nuclear Deal Talks To Resume Next Week By Agencies 6 days, 10 hours ago