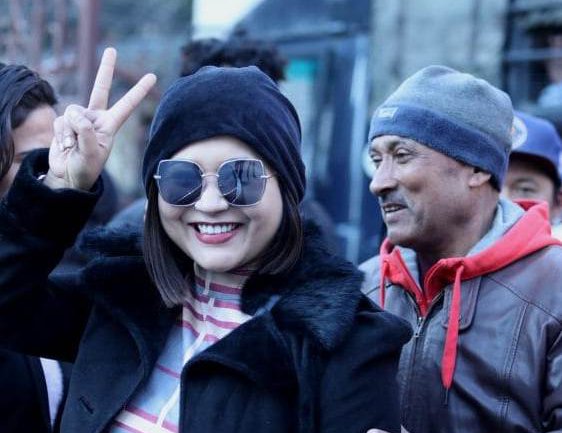 The District Administration Office has released singer Astha Raut who was brought to the office for hearing today on bail.

Reacting on her release, singer Astha Raut said that she had learnt a lesion from this incident stating that she realizes many things.

Police booked singer Raut, who went live on Face book hurling derogatory remarks at the airport police personnel whom she accused of having misbehaved with her, surrendered yesterday at District Police Office.

The administration on January 19 had issued an arrest warrant against Raut, directing police to book her for misbehaving with on-duty police personnel at the airport security check.

Astha surrendered herself at the Teku Metropolitan Police Range yesterday. The police then took her to Bir Hospital for checkup before presenting her at the DAO.