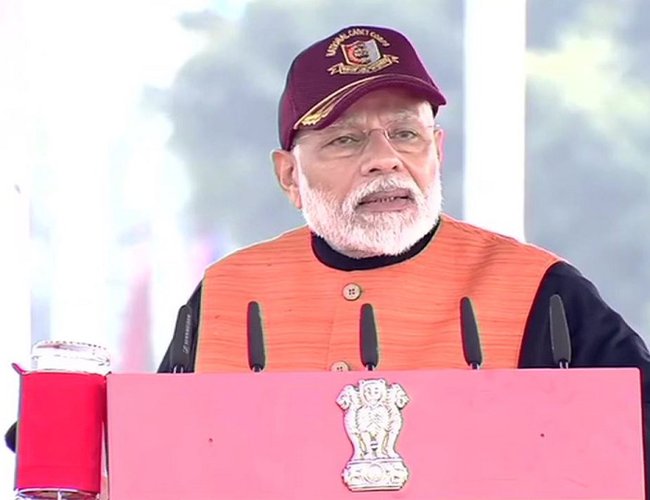 Prime Minister Narendra Modi, on Tuesday, tore into Pakistan and said that India will defeat the country in a matter of days. Speaking at the Annual Prime Minister's National Cadet Corps (NCC) Rally 2020, Modi said the neighboring country has lost three wars, but continues to wage proxy wars against India.

“We know that our neighbouring country has lost three wars against us, our armed forces don't need more than 10-12 days to defeat them. They've been fighting proxy wars against India since decades. It claimed the lives of thousands of civilians, jawans,” said the Prime Minister.

Indian media reportshttps://news.abplive.com/news/can-defeat-them-in-10-12-days-pm-modi-tears-into-pakistan-1149868 that previous governments, he said, treated the problem as a law and order issue."But even when out armies would ask for action, they would not go ahead," he said, slamming the "inaction" of previous governments at the Center.

He said the problem in Jammu and Kashmir persisted since Independence and some families and political parties kept issues in the region "alive", as a result of which terrorism thrived there.

He said the present government has been trying to solve decades-old problems plaguing the country.

He also said that currently, not only J-K, but other parts of the country are also peaceful and the government has managed to address the aspirations of the northeast region which were neglected for decades.