All The Monuments Will Be Reconstructed Within Two Years: Minister Bhattarai

All The Monuments Will Be Reconstructed Within Two Years: Minister Bhattarai 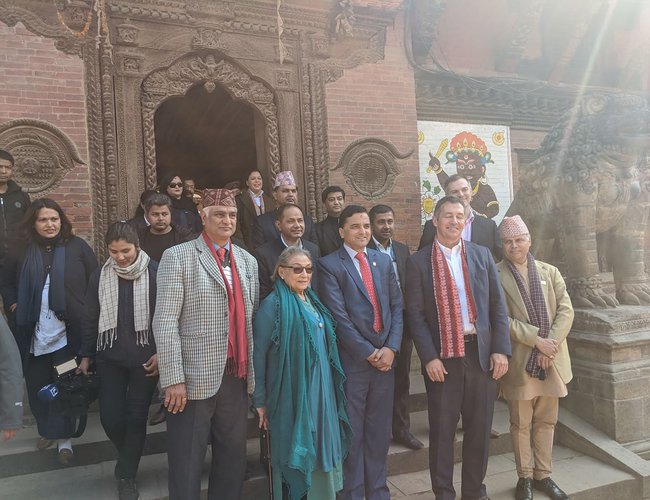 Minister of Culture, Tourism and Civil Aviation Yogesh Bhattarai said that 387 monuments are already completed and 389 are undergoing construction out of 891 damaged monuments during the earthquake. He said that the ministry is working to complete all the monuments within two years.

“Nepal has one more accomplishment towards collective mission of earthquake damaged monuments,” said Minister Bhattarai. “We aim to complete reconstruction of all monuments within next two years.”

Addressing a program to mark the completion of Char Narayan Temple in Patan Durbar Square, minister Bhattarai said that the 17th Century’s Char Narayan Temple is as important for its religious purposes as it is for historical and archaeological reason. He said that the temple the temple has been a center of attraction as great cultural heritage in Patan Durbar Square for ages.

“I would like to extend my thanks and appreciation to Kathmandu Valley Preservation Trust and Department of Archaeology for their strenuous work and support for the Government of United States of America, “said minister Bhattarai.

Constructed with the led support from the Embassy of United States of America and other many agencies, Kathmandu Valley Preservation Trust (KVPT) and Department of Archaeology jointly work to rebuild the temple.

Addressing the program, ambassador of United States of America To Nepal Randy W. Barry expressed satisfaction over the reconstruction of the temples in schedule keeping intact it original shape.

Addressing the program Executive Director of KVPT Rohit Ranjitkar thanks all the stake holders help to restore and reconstruct the Char Narayan Temple in Patan.

Built in 1566, the shrine, oldest of Patan Darbar collapsed in earthquake 2015. The project restoration began within few weeks of devastation. 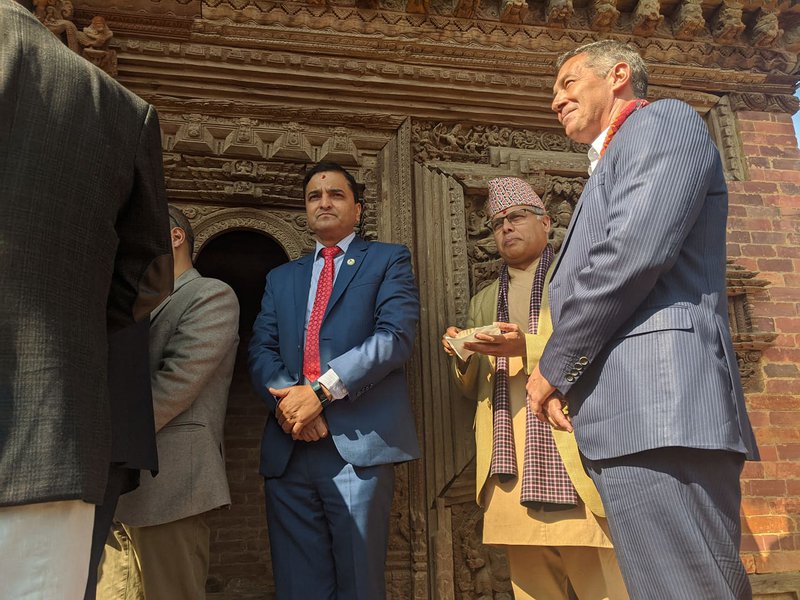 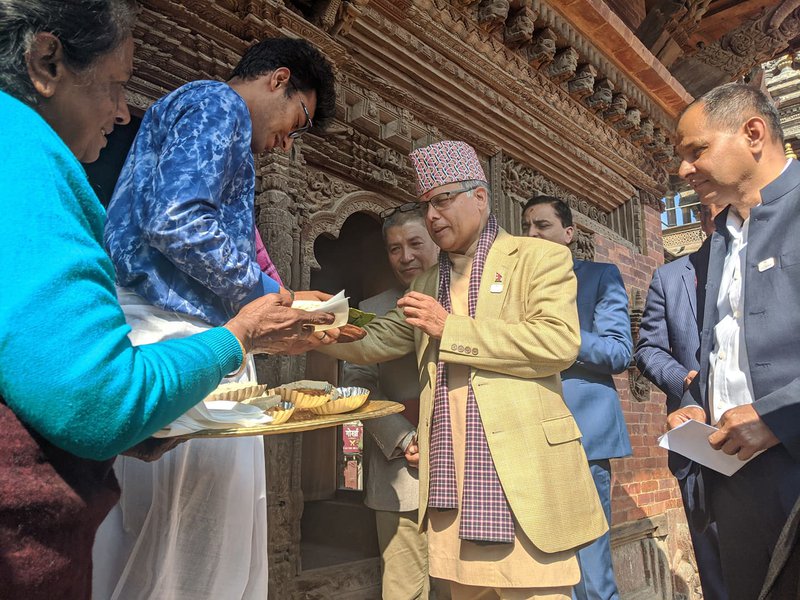 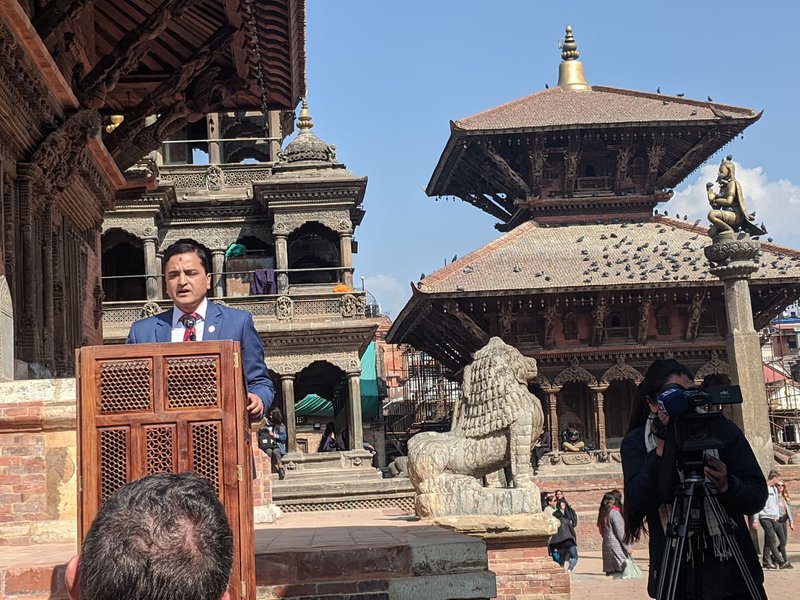 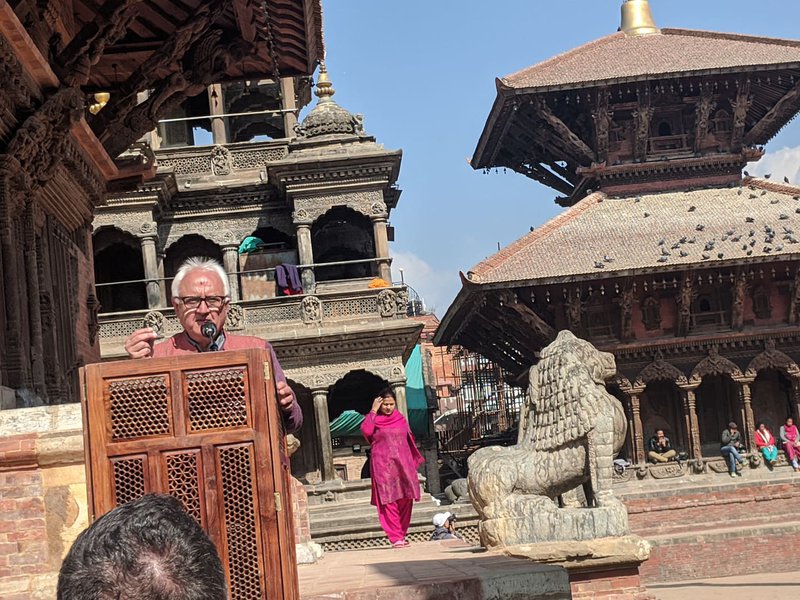 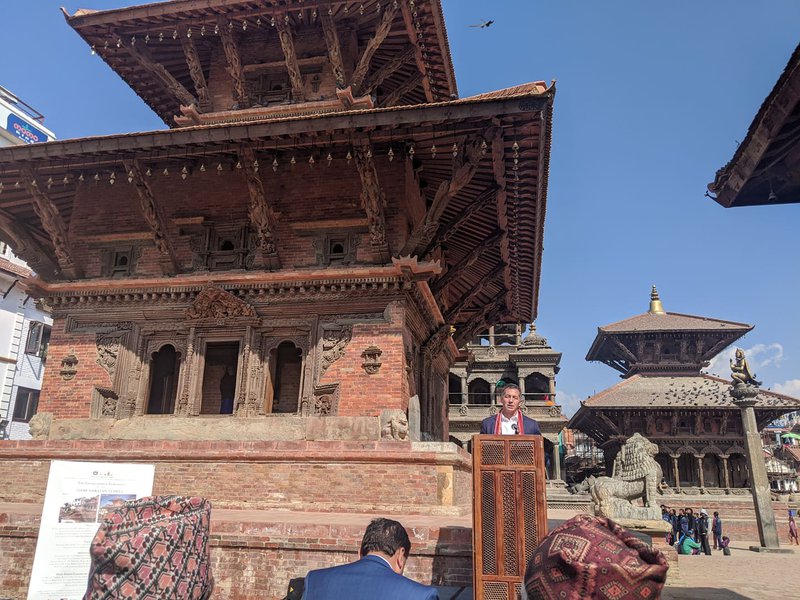 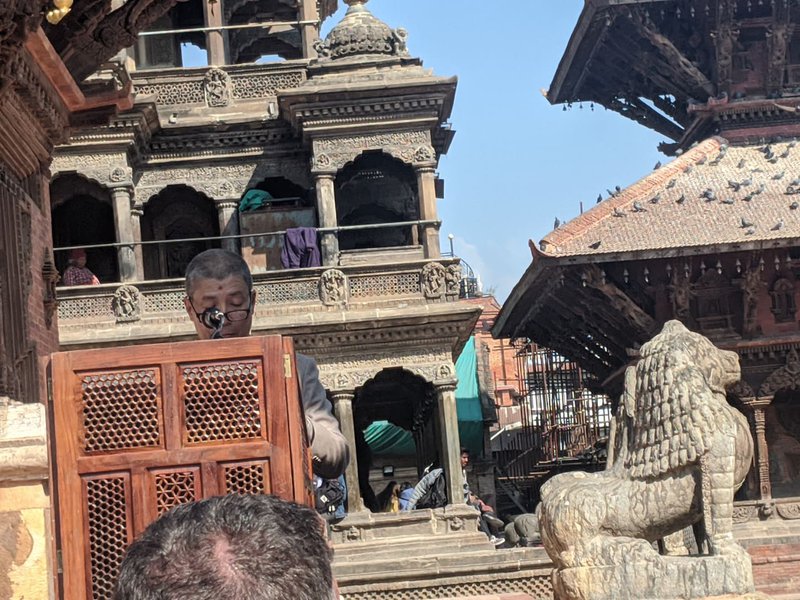 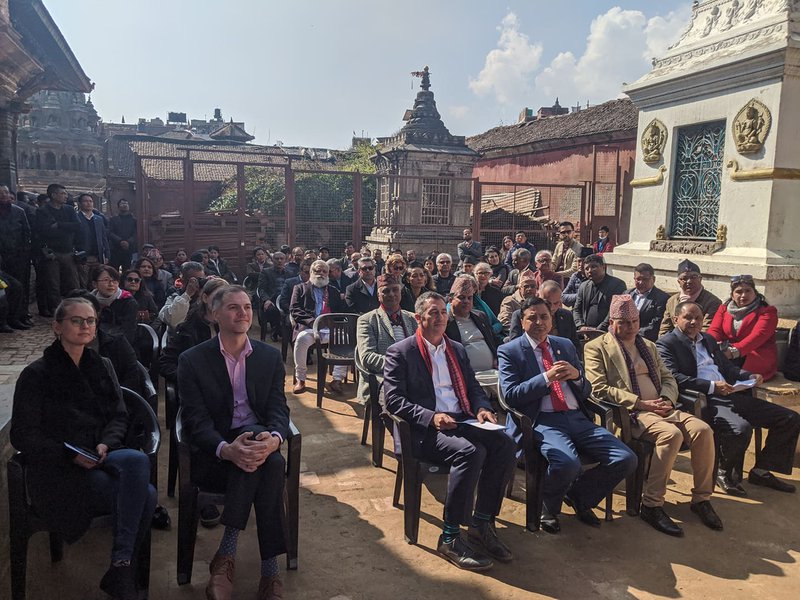 Nepal Requested India For The Supply Of COVID-19 Vaccines To Continue Administering The Second Dose By NEW SPOTLIGHT ONLINE 8 hours, 44 minutes ago

Second Phase Of Fast Track Project To Begin From Nijgadh By Agencies 5 days, 9 hours ago 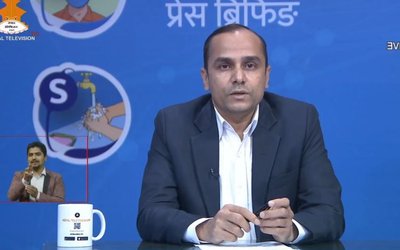 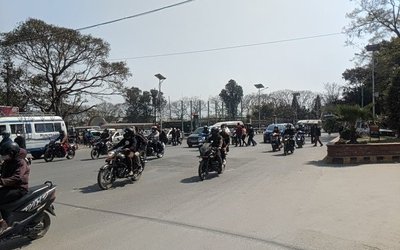