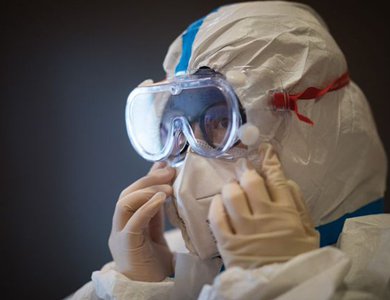 The death toll from China's coronavirus outbreak has surpassed 255, the government said on Saturday, as foreign nation’s tightened restrictions on travelers from China in response to the rapid spread of the illness.

Most of the latest fatalities are from Hubei province. The city of Wuhan, the epicenter of the outbreak is located in Hubei.

Another 102,000 people were also reportedly under medical observation with possible symptoms of the respiratory ailment.

The United States took drastic steps that will temporarily bar foreign nationals who have traveled in China within the last 14 days.

Americans returning from China will be allowed into the country, but will face screening at select ports of entry and required to undertake 14 days of self-screening to ensure they do not pose a health risk.

Those returning from Hubei province, the epicentre of the outbreak, will be subject to up to 14 days of mandatory quarantine.

Beginning on Sunday, the US will also begin funneling all flights to the US from China to seven major airports where passengers can be screened for illness.

Weather Update And Analysis For March 3 Across Nepal By NEW SPOTLIGHT ONLINE 7 hours, 27 minutes ago

Stay Alert For Rise In COVID Despite Vaccines: WHO By Agencies 1 day, 7 hours ago