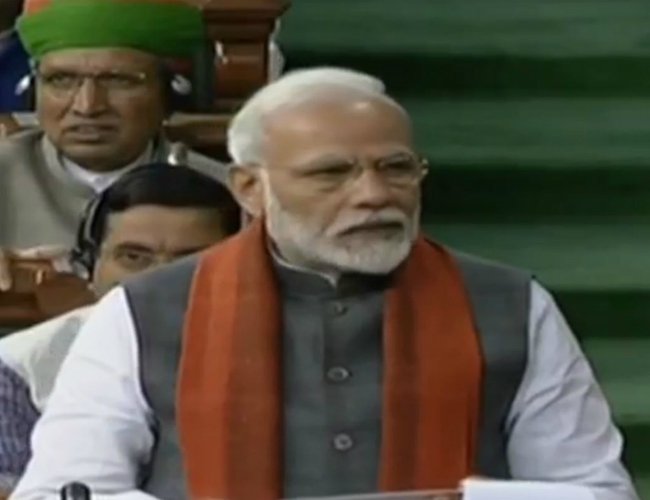 Prime Minister Narendra Modi announced in Parliament on Wednesday the formation of a trust for the construction of a Ram Temple in Ayodhya as directed by the Supreme Court in its landmark verdict in the Ram Janmabhoomi-Babri Masjid case last November.

“I am happy to announce that in the cabinet meeting today morning, we took significant decisions on the Ayodhya trust. As per the orders of the Supreme Court, we have set up a trust. The Sri Ram Janma Bhumi Tirtha Shetra will be the name of the trust. It will be an independent body,” Modi said.

In India, everyone is a part of one "broad family", be it Hindus, Muslims, Sikhs, Christians, Buddhists, Parsis or Jains, Modi said.

“We have taken another big step for Ram Mandir pilgrims. We are allocating over 67 acres of land near the mandir area to the trust,” he added.

Union home minister Amit Shah said the trust would comprise 15 members, including a Dalit representative who would be in-charge of the entire 67-acre land.

Sources, meanwhile, told News18 that in keeping with the rest of the SC order, the Yogi Adityanath government in Uttar Pradesh has allotted five acres of land to the Sunni Central Waqf Board to build a mosque in Ayodhya.

In its historic judgment on November 9, the Supreme Court had directed the central government to formulate a scheme with necessary provisions for the setting up of a trust with a board of trustees or any other appropriate body, the functioning of the trust, the powers of the trustees, transfer of land to the trust and all necessary, incidental and supplemental matters

In its verdict, the Supreme Court had paved the way for the construction of a Ram temple by a trust at the disputed site at Ayodhya, and directed the Centre to allot an alternative 5-acre plot to the Sunni Waqf Board for building a new mosque at a "prominent" place in the holy town in Uttar Pradesh.

The apex court had said a trust should be formed within three months for the construction of the temple at the site where many Hindus believe Lord Ram was born.

The announcement, two days before Delhi votes in assembly elections followed by a communally charged campaign amid anti-CAA unrest, is likely to ruffle opposition feathers.