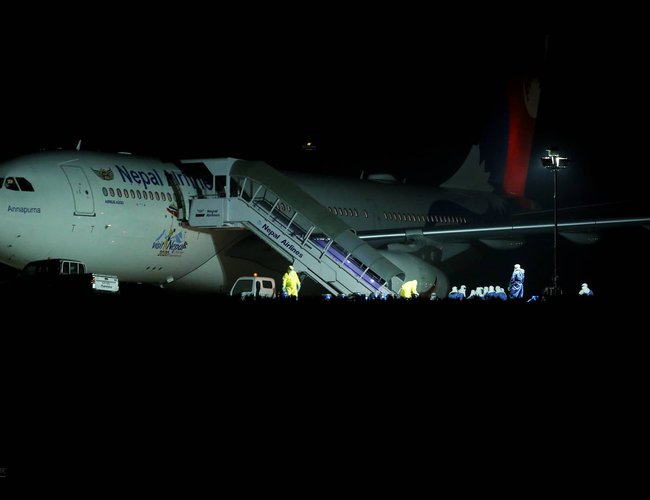 Of the 175 nationals, 170 are students, one employee, two visitors and two children. Health of all 175 people was checked before they boarded the aircraft. 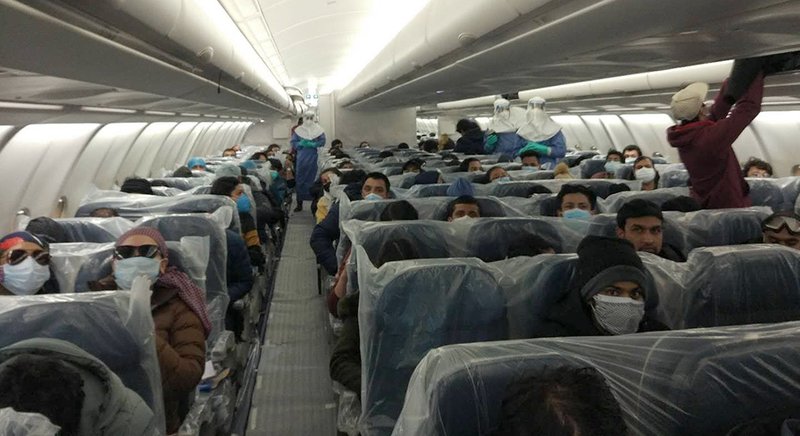 As per the press release issued by the Embassy of Nepal, Beijing, out of 185 Nepalis who had filled up the evacuation form, four decided to stay back while six couldn’t board the plane due to medical reasons.

The returnees are now kept at a quarantine set up at the premises of training centre of Nepal Electricity Authority (NEA). They will be kept for 14 days.

One hundred and seventy-five Nepali nationals from six different cities across Hubei Province of the People’s Republic of China were airlifted from Wuhan this morning by a charter flight of Nepal Airlines.

Of the 175 nationals, 170 are students, 1 employee, 2 visitors, and 2 children. The flight departed for Nepal at 00:52 AM (China Standard Time) and is scheduled to land at Tribhuvan International Airport at around 04:00 AM (Nepal Standard Time).

The Embassy arranged six separate vehicles to bring the Nepali nationals from different cities of Hubei Province to the airport. The numbers of Nepali nationals from the six cities who boarded the flight are as follows: Wuhan -55, Enshi - 26, Shiyan - 29, Yichang -8, Jingmen -9, and Jingzhou – 48.

Of them, 134 are male and 41 are female. Necessary procedures including temperature checks were completed before boarding the plane. Upon arrival in Nepal, they will be kept in quarantine for at least 14 days.

According to Sushil Lamsal DCM of Nepal Embassy, out of the 185 applicants, four later, has decided to stay back in China whereas six could not board the plane due to medical reasons.

One hundred thousand pieces of face masks donated by the Government of Nepal to the Chinese Government through the Chinese Embassy in Kathmandu were brought to Wuhan on the same flight, and were handed over to Hubei Charity Federation at the airport.

The Embassy of Nepal, Beijing expresses its sincere thanks to the Ministry of Foreign Affairs of the People’s Republic of China for its support and co-operation in facilitating the process of sending back the Nepali nationals.

The Embassy also expresses its profound thanks to the Civil Aviation Administration of the People’s Republic of China (CAAC), Foreign Affairs Office (FAO) of the Hubei Provincial People’s Government of China, the concerned Universities of Hubei Province, Wuhan Tianhe International Airport, and the local transport authorities of Hubei for their valuable support and co-operation extended to the Embassy in the process.