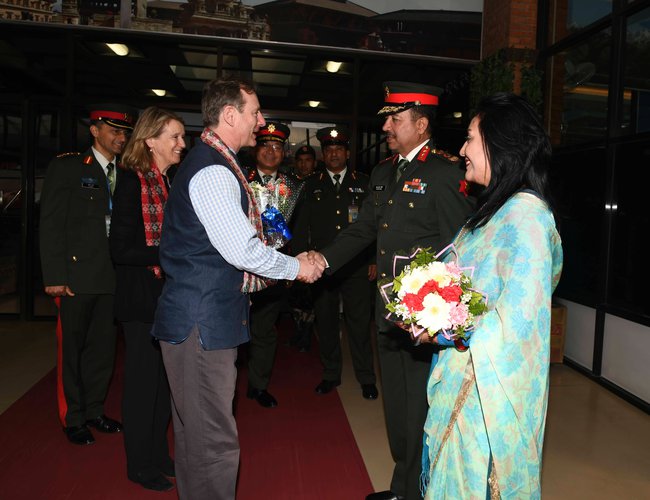 He will attend Nepal Army Day program on February 21.

During his stay in Nepal, Chief of British Army Sir Mark Carleton-Smith will pay a call on to the president Bidhya Devi Bhandari and will hold talks with Chief of Army Staff General Purna Chandra Thapa.

Chief of British Army was accorded a Guard of Honor from a troop of Nepali Army at army headquarters. General Officers of NA and residential Defense Attaches were present during the occasion..