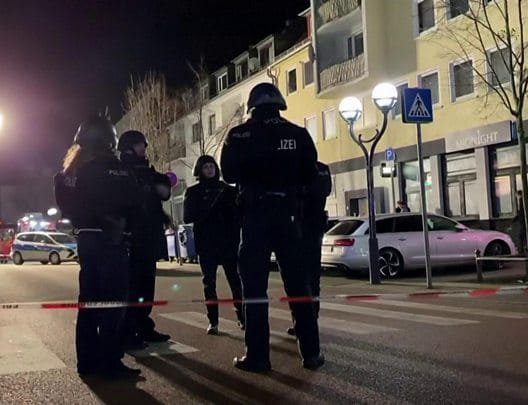 At least five people were injured after gunmen opened fire at about 22:00 local time (21:00 GMT), police told the BBC.

Police added that they are searching for the suspects, who fled the scene and are currently at large.

The first shooting was at a bar in the city centre, while the second was in Hanau's Kesselstadt neighbourhood, according to local reports.

Police officers and helicopters are patrolling both areas.

Hanau, in the state of Hessen, is about 25km (15 miles) east of Frankfurt. It comes four days after another shooting in Berlin, near a Turkish comedy show at the Tempodrom concert venue, which killed one person.

Over 10 Reportedly Killed In Myanmar Protests By NEW SPOTLIGHT ONLINE 1 day, 5 hours ago

Elections Is Just A Month Away: Alliance Is Making Is Making By Agencies 4 days, 4 hours ago

US Carries out Airstrikes In Syria By Agencies 4 days, 4 hours ago