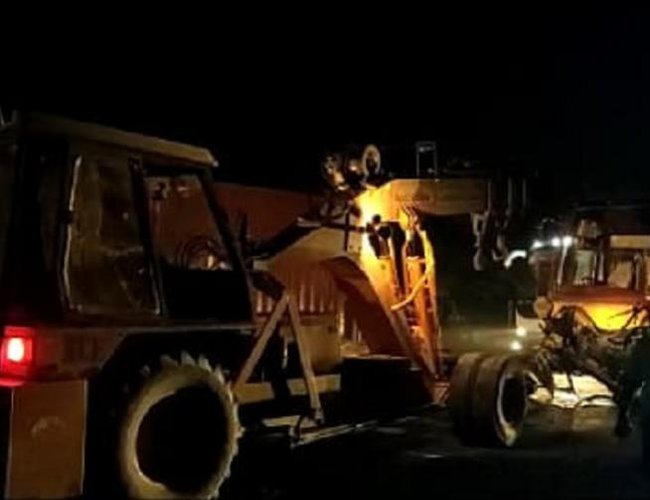 Six pilgrims hailing from Nepal died and 25 others sustained injuries when the minibus in which they were travelling collided with an omnibus at Naripallam near Omalur in Salem district of Tamil Nadu in the small hours of Thursday.

Among the dead include two women. The deceased have been identified as Ber Bahaduur Rai, 46, Tikaram, 50, Gopal Taman, 53, Bodhini, 50, Bulkari Chowdri, 50 and Vishnu Dangal, 55, sources said.

A 32-member team from Nepal had come to India to visit Hindu temples. They were heading for Rajasthan after visiting Kanyakumari. The accident happened on the Salem-Bengaluru National Highway around 1 am on Thursday. The minibus driver was trying to turn the vehicle towards the right side of the road to reach a stone mandapam belonging to a temple to park the minibus.

The driver failed to notice an omnibus that was heading to Kerala from Bengaluru. The omnibus driver tried to steer the bus away from the minibus but the bus in which the pilgrims were travelling collided against the bus killing five passengers on the spot. Upon information, the Omalur police rushed to the spot and helped taking the injured people to the hospital. 2/20/2020 Six pilgrims from Nepal killed in a road accident in Tamil Nadu

Sunsari Registers 86 Incidents Of Rape In Eight Months By Agencies 2 weeks, 1 day ago

Police Arrested Four Persons With 2.5 Kilograms Of Uranium From Kathmandu. By NEW SPOTLIGHT ONLINE 1 month ago

Police Has Made Public Bhagrathi Murder Case Accused By Agencies 1 month, 3 weeks ago

Bhagirrathi Was raped Before Murder By Agencies 2 months, 1 week ago