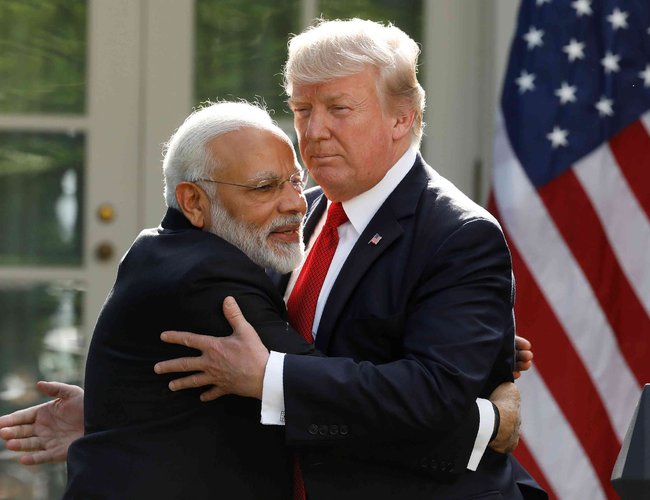 President Trump is scheduled to land in the western city of Ahmedabad on Monday for his first presidential visit to India, and Prime Minister Narendra Modi has planned an epic spectacle.

The city is being scrubbed clean, and thousands upon thousands of Modi loyalists have been drafted to stand for hours on the sun-baked streets, there to shake flags and cheer for a president who loves nothing more than to draw a crowd.

It is the second act of a budding friendship between the two men, leaders of the world’s most populous democracies. Last year, President Trump and Prime Minister Modi shared a stage in Houston at a rally called “Howdy, Modi!” This one is called “Namaste Trump,” which translates roughly as “Hello Trump.”

But beneath the projected bonhomie lies a pricklier reality. The United States and India are strategic partners, in no small part because of a mutual concern over China, but they still can’t agree on crucial issues. Even a small trade deal that was supposed to be the centerpiece of this trip has collapsed.

“They’ve been hitting us very hard for many, many years,” Mr. Trump said this week of India.

But he was quick to add: “I really like Prime Minister Modi.”

Mr. Modi seems to have enticed Mr. Trump to fly 8,000 miles and spend two days in India by his promise to stage a huge, tightly controlled show, with Mr. Trump at its center. The president has repeatedly claimed that he has been guaranteed a crowd of five million to seven million people lining the roads to greet him, and on Thursday he upped that to 10 million.

Ahmedabad officials said it would be nowhere near that, more like 100,000 along the road and another 100,000 waiting for Mr. Trump in a new cricket stadium, the world’s largest, where he will hold a rally.

Image India is pulling out all the stops for Mr. Trump’s visit. Here, workers are readying the street the president’s motorcade will follow in Ahmedabad.

Mr. Trump is popular in India, where he is seen as a strong leader, tough on terrorism, pro-business and friends with Mr. Modi. The two share a similar brand of divisive, populist politics.

Over 10 Reportedly Killed In Myanmar Protests By NEW SPOTLIGHT ONLINE 4 days, 1 hour ago