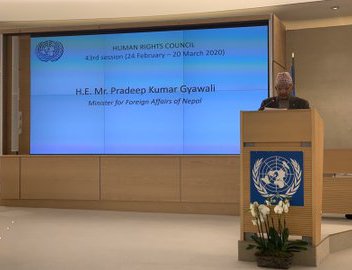 Minister for Foreign Affairs addressed the High-level Segment of the 43rd session of the United Nations Human Rights Council in Geneva today. Addressing the session minister Gyawali reiterated Nepal's commitment to the promotion and protection of human rights.

Minister Gyawali said that Nepal is committed to free press and protection of human rights. Addressing the 43rd Session of the UN Human Rights Council in Geneva today, he elaborated Nepal’s current state of human rights.

Minister for Foreign Affairs Gyawali attended the opening session of the High-level Segment of the 43rd Session of the Human Rights Council in Palais des Nations, Geneva.

The opening session was followed by the address from the high dignitaries who include Heads of State or Government as well as Ministers from over 100 countries and delegations from all members of the United Nations.

Later in the evening, the Hon. Minister for Foreign Affairs is having an interactive meeting with members of Non-Resident Nepali Association in Switzerland as well as with professionals and Nepali community representatives during a dinner reception at the Ambassador’s Residence hosted by H.E. Ambassador Mr. Mani Prasad Bhattarai, Permanent Representative of Nepal to the United Nations Office and other International Organizations in Geneva.

The 43rd Session of the Human Rights Council commenced in Geneva today and will conclude on 20 March 2020. This year, the Council’s annual high-level panel discussion on human rights mainstreaming is focused on theme of ‘Thirty years of implementation of the Convention on the Rights of the Child: challenges and opportunities’.

Foreign Minister Gyawali also interacted with the members of diplomatic community in Geneva at a reception hosted in his honor by Ambassador and Permanent Representative of Nepal to the UN and Other Int'l Organizations Mani Prasad Bhattarai this afternoon. 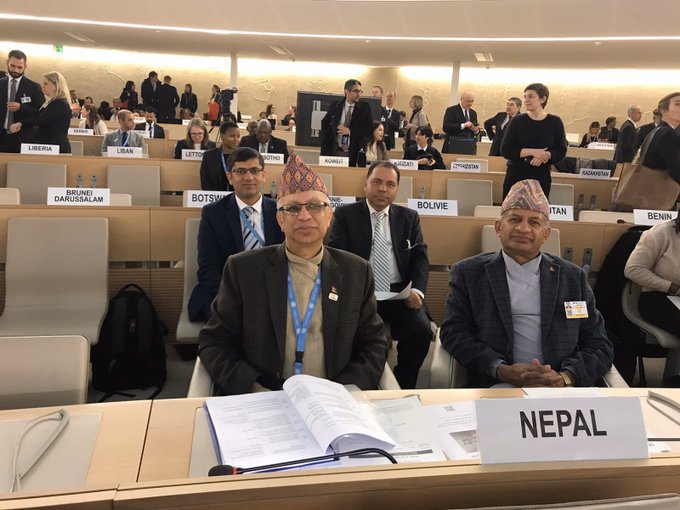 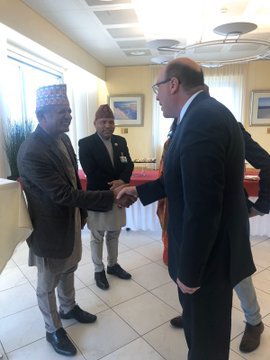 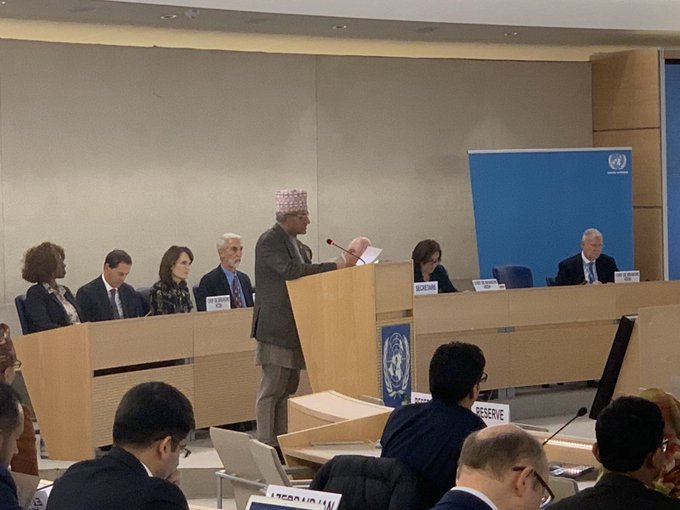 Local Levels Oppose To Shutdown The Schools By Agencies 1 day, 7 hours ago

Helicopter Used To Drop Water On Wildfire In Shivapauri By NEW SPOTLIGHT ONLINE 2 days, 8 hours ago