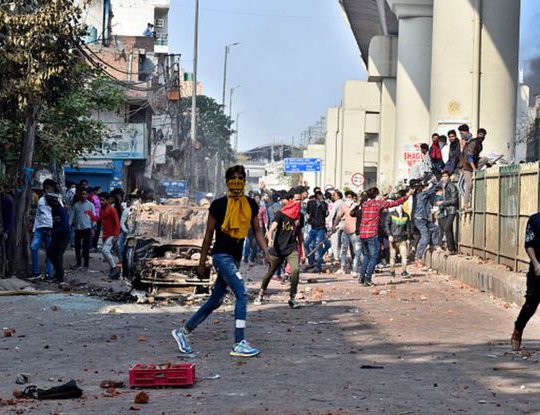 Seven people have been killed in Delhi in protests against India's controversial new citizenship law, as US President Donald Trump made his first official visit to the country.

A policeman and six civilians have died in the capital's deadliest day since the new law was passed last year.

Vehicles were set alight in the clashes between supporters and opponents of the law which, critics say, targets India's 200 million Muslims. There are fears of further clashes.

The timing of this incident is an embarrassment to Prime Minister Narendra Modi as he hosts the US president and the violence has taken the spotlight away from Mr Trump's visit.

It broke out in three Muslim-majority areas in north-east Delhi on Sunday and continued into Monday. The violence in the area has seen protesters firmly split along religious lines, BBC reporters who were at the location, said.

Both sides have blamed each other for starting the violence. The violence in the Muslim-majority areas in north-east Delhi began on Sunday.