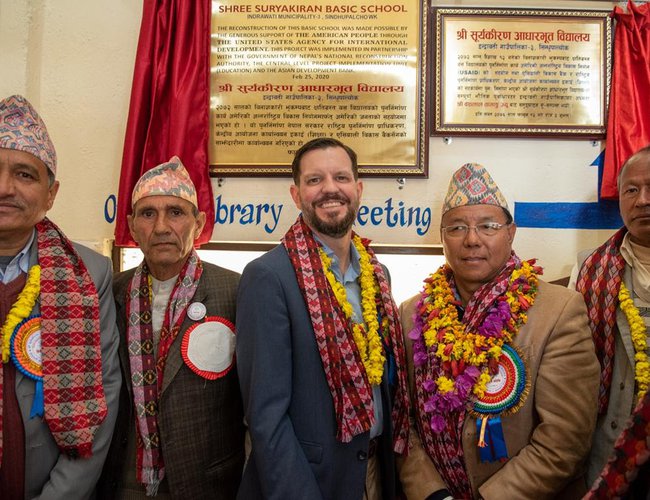 The United States government handed over two newly constructed primary school buildings to the people of Sindhupalchowk District. These two schools--Surya Kiran Primary School and Shree Primary School--are part of 29 seismically safe, well-equipped, and child- and disabled-friendly primary and secondary schools that the United States Agency for International Development (USAID) is constructing in seven districts that were heavily impacted by the earthquake. 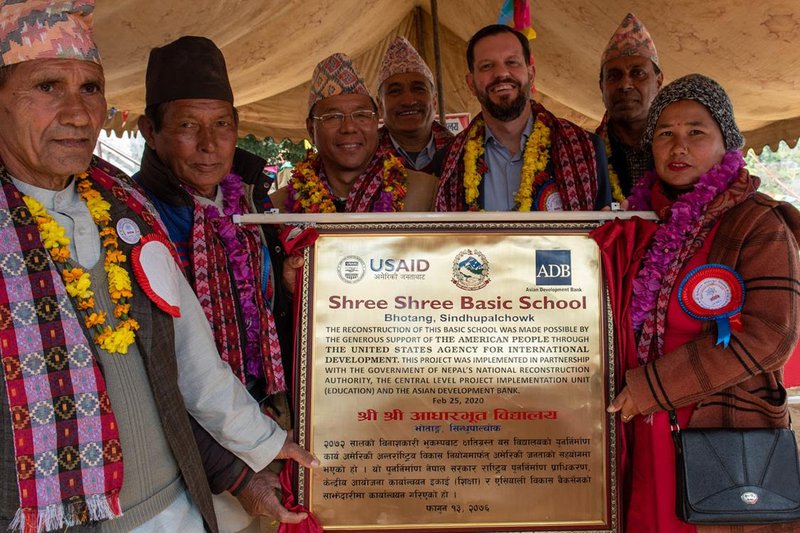 According to a press release issued by The U.S. Embassy in Nepal, the schools in Sindhupalchowk were constructed in partnership with Asian Development Bank, the National Reconstruction Authority; the Central and District-level Project Implementation Units under the Ministry of Education, Science, and Technology; and the local school management committees. To date, USAID has handed over 15 of these 29 schools so far. Once completed, the 29 schools will benefit more than 8,800 students and countless more in the future. These schools reflect the generosity of the American people and represent the United States’ confidence, support, and investment in Nepal’s future and prosperity.