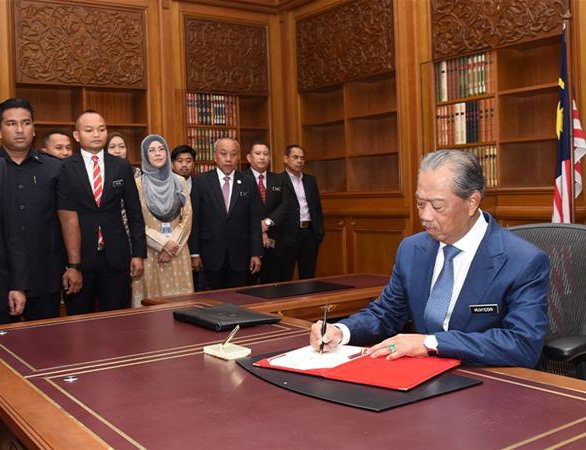 Malaysia's newly-appointed Prime Minister Muhyiddin Yassin has postponed the start of the parliamentary session originally scheduled for March 9 by two months, after his rivals claimed to have more support and threatened his fledgeling coalition with a confidence vote.

Muhyiddin was sworn in on Sunday following days of confusion after a power grab among a disgruntled group of politicians in the ruling Pakatan Harapan coalition led to the sudden resignation of prime minister Mahathir Mohamad.

Speaker Mohamad Ariff Md Yusof said in a statement that he had received a letter from Muhyiddin stating the session would start on May 18. No reason was given for the delay.

Muhyiddin had been part of Pakatan Harapan and the home minister in Mahathir's cabinet. Over the course of the week, he cobbled together a coalition that included Malay-based opposition party the United Malays National Organisation (UMNO) - tainted by corruption allegations and defeated in May 2018 elections - and the Islamist party PAS.

GPS, a party from the Borneo state of Sarawak, has said it will support the coalition but will not be part of it.

Elections Is Just A Month Away: Alliance Is Making Is Making By Agencies 1 day, 6 hours ago

US Carries out Airstrikes In Syria By Agencies 1 day, 6 hours ago

A Massive Funeral Held For Woman Shot During Myanmar Protest By Agencies 5 days, 7 hours ago

Australian PM Is Vaccinated As Rollout Begins By Agencies 6 days, 6 hours ago