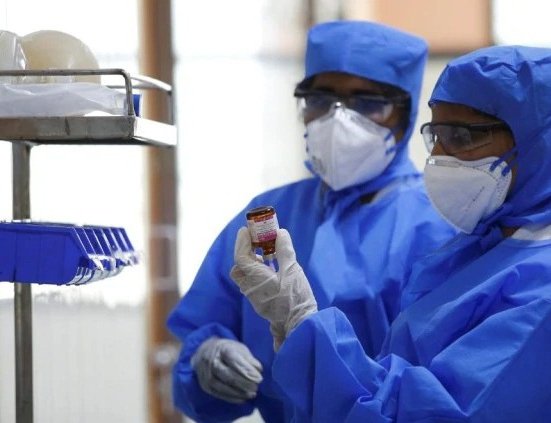 Around the world, more than 100,000 people have been diagnosed with the disease, according to Johns Hopkins University - with at least 3,070 deaths in China and at least 267 fatalities in other parts of the globe, most of them in Italy and Iran.

At least 1,234 of the new infections are in Iran in just the past 24 hours, the country's biggest jump since the outbreak began. Iran's health ministry on Friday noted that 124 people have died.

In France, 200 new cases of coronavirus, also known as COVID-19, were confirmed overnight, while India and South Korea also reported an increase in the number of infections.

At least 15 deaths and 164 infections reported in the US as Vice President Pence reports cases on board cruise ship.

US Vice President Mike Pence announced on Friday that 21 people have tested positive of coronavirus on board the cruise ship, Grand Princess, stranded off the coast of California, as the outbreak continues to spread, infecting more than 100,000 people globally.

Pence said the crew members of the ship were likely exposed during two previous trips, adding that he expects that the estimated 1,150 crew members will be quarantined on board the ship.

US President Donald Trump also said in a separate statement that he would rather thousands of passengers of the cruise ship also remain on board the vessel. According the company the ship can hold up to 2,600 passengers.

Stay Alert For Rise In COVID Despite Vaccines: WHO By Agencies 57 minutes ago