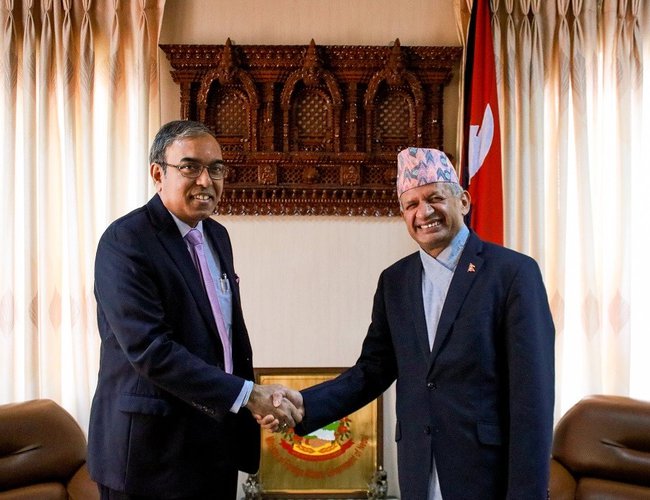 Esala Ruwan Weerakoon, Secretary General of the South Asian Association for Regional Cooperation (SAARC), paid a courtesy call on Pradeep Kumar Gyawali, Minister for Foreign Affairs of Nepal and the Chair of the SAARC Council of Ministers at the Ministry of Foreign Affairs, Kathmandu.

Foreign Minister Gyawali conveyed good wishes for success of Mr. Weerakoon as the Secretary General of SAARC and expressed confidence that with his long diplomatic experience and good knowledge about South Asia, he would be able to bring fresh momentum in the SAARC process. Foreign Minister assured him of the full support of the Government of Nepal in his endeavours to make SAARC an active, efficient and result-oriented organization.

Foreign Minister stated that SAARC has been making steady progress in the past thirty-five years and stressed the need to make SAARC more active and vibrant to fully tap regional economic potentials and overcome common challenges of the region.

More Cylinders Will Be Brought From China Via Tatopani Border: Foreign Minister Gyawali By Agencies 1 day, 23 hours ago