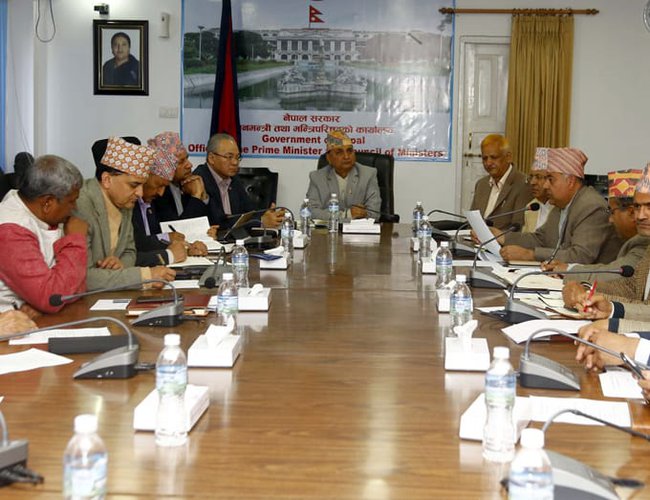 Nepal has suspended on arrival visa to all the foreigners from March 14 mid0night up to 13 April. This will also apply to Non-resident Nepali Coming to Nepal.

This decision was taken after the World Health Organization (WHO) declared Covid-19 as a pandemic. "In the beginning, government had suspended the on-arrival visa to five countries, which is now extended in view of the COVID-19 pandemic," said Minister for Communications and Information Technology, Dr Yubraj Khatiwada.

Chaired by the committee coordinator Deputy Prime Minister and Defence Minister Ishwor Pokharel ,the meeting of the high level coordination committee to control the outbreak of deadly COVID-19 discussed thoroughly on Nepal's preparedness to stay safe from the pandemic.

The committee secretariat shared official decisions," he said, making it clear that the air flights were not cancelled. Earlier, the government had suspended the on-arrival visa to the people from China, Iran, Italy, France, Germany, Spain, South Korea and Japan.

As India said only some border points will be open for movement, the government here will follow the suit. For its implementation, the Home Ministry and Foreign Ministry are assigned the responsibility.

As part of preparedness measures, the meeting has decided to additionally set up quarantine zones and isolation wards and increase supply of equipment and test kits for the virus amidst the World Health Organisation putting Nepal at high risk of the infection.

"Such quarantine areas will be established away from dense human settlements as far as possible and the Health Ministry will make necessary arrangements in this regard," said Minister for Finance and Information and Communication Dr. Yubaraj khatiwada Khatiwada, adding that security forces could set up quarantine zones immediately if need be.

Similarly, health workers and representatives of Nepal Red Cross, Scout and social institutions associated with medical sector would be put on standby. Educational institutions and their examinations would continue until infection is detected.

It was also decided upon to appeal to the public on behalf of the government to stay alert and decrease public ceremonies and gatherings and parties, said Minister Khatiwada. 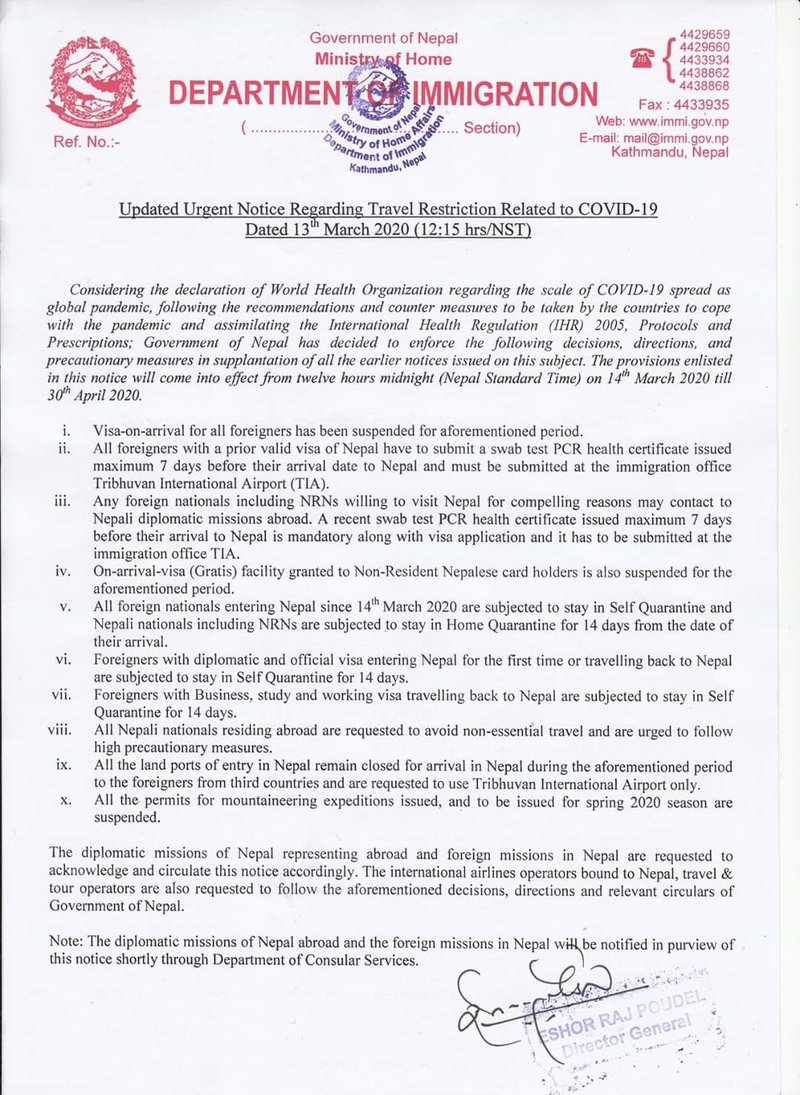