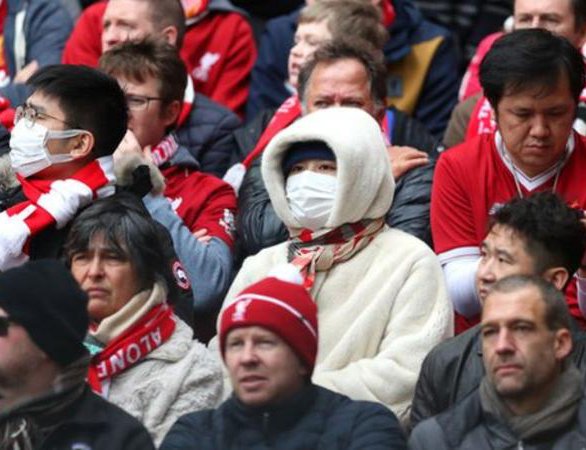 Elite football in Britain has been suspended until at least 3 April as a result of the spread of coronavirus.

The Premier League said play will start on 4 April subject to "conditions at the time" but BBC sports editor Dan Roan says resuming on the date is privately deemed "almost impossible".

Matches in Scotland,Wales and Northern Ireland are also off.

England's international friendly matches against Italy on 27 March and Denmark four days later are off.

The EFL, which hopes to resume play a day earlier than the Premier League on 3 April, said clubs were also advised to suspend "non-essential activities" such as "player appearances, training ground visits and fan meetings".

The suspension comes on a day of widespread sporting postponements worldwide.