WHO Says Europe Now Epicenter of COVID-19 Outbreak – WHO

WHO Says Europe Now Epicenter of COVID-19 Outbreak – WHO 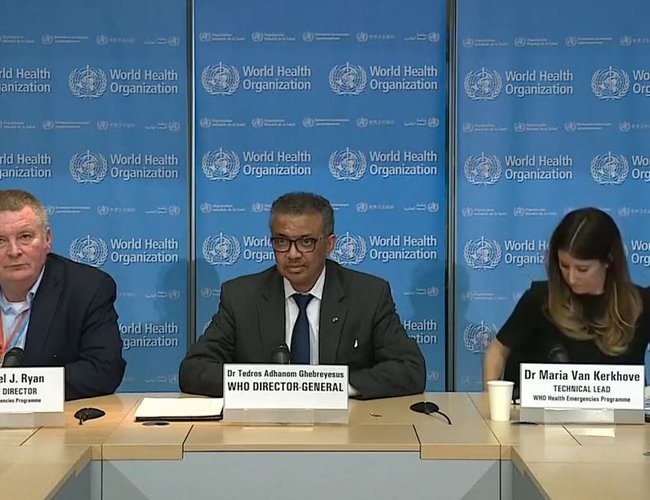 The World Health Organization (WHO) Director-General Tedros Adhanom says Europe is now the center of the COVID-19 outbreak, having recorded more cases and deaths that the rest of the world apart from China.

Tedros made the remarks in a press briefing in Geneva, Switzerland on Friday, noting that the virus had reached 123 countries, with more than 132,000 cases confirmed.

"Europe has now become the epicenter of the COVID-19 pandemic, with more reported cases and deaths than the rest of the world combined, apart from China." Tedros said.

The WHO chief also warned countries against playing down the severity of the outbreak, saying such countries were "making a deadly mistake."

As the COVID-19 outbreak continues to spread across the globe, many countries are taking drastic measures to curb its spread.

In Europe, Italy has banned all public gatherings and shut down all schools and universities. Spain on Friday declared a state of emergency due to the COVID-19 outbreak. Sporting events across Europe have been suspended or postponed in efforts to contain the spread of the virus.

The COVAX Facility Will Deliver Its 65 Millionth Vaccine Dose This Week By NEW SPOTLIGHT ONLINE 1 day, 13 hours ago