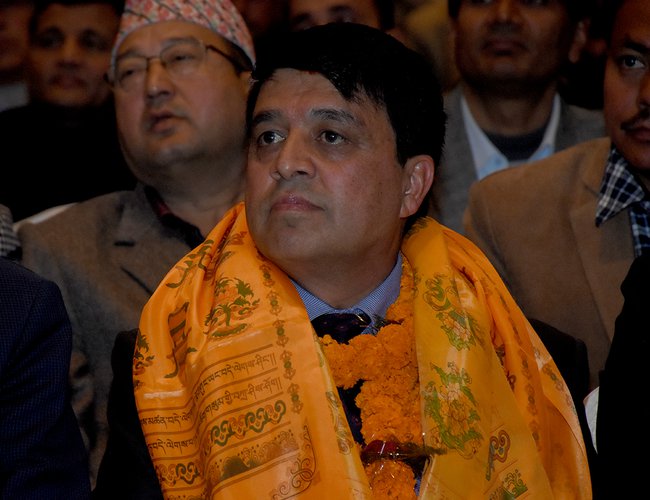 Chandra Prasad Dhakal, Vice president of The Federation of Nepalese Chambers of Commerce and Industry (FNCCI), said that the FNCCI has decided to reschedule its annual general meeting (AGM) set for April 10 and 11 owing to the coronavirus effect.

A standing committee meeting chaired by Bhavani Rana has taken the decision in this regard. According to FNCCI, the AGM will be held in the last week of May 21-22.

The committee has decided to reschedule the meeting as per the government appealing to the public not to hold mass public events to prevent the possible spread of coronavirus in the country. It is our responsibility to support the government and abide by its instruction,” said Dhakal, who is contesting for the post of senior vice president. With the formidable support all over Nepal, Dhakal, who has been in the nationwide campaigns.

According to the FNCCI statute, the senior vice-president automatically becomes the president in the next election.

The World Bank To Provide US$ 45 Million To Promote Sustainable Livelihoods By NEW SPOTLIGHT ONLINE 1 day, 5 hours ago