Nepal Bars Entry Of Foreign And Nepali Visitors Till May 14

Nepal Bars Entry Of Foreign And Nepali Visitors Till May 14 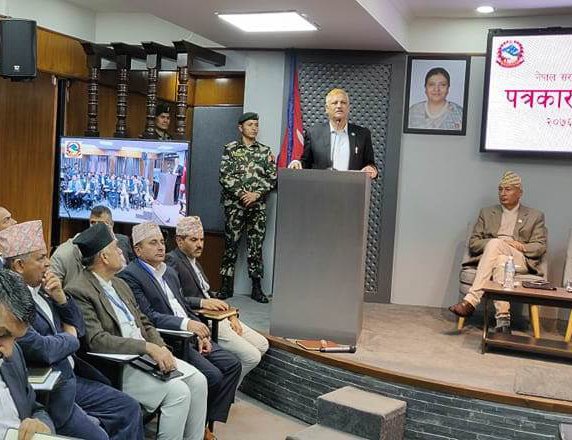 Nepal government has announced to bar all the visitors including Nepali from Europe, Gulf countries, West Asia, South Korea, Malaysia, Turkey, Japan and other countries from tomorrow 20 March (Midnight) till May 14.

The government has made it clear that visitors including Nepalese citizens will not be allowed to enter Nepal. According to Secretary Narayan Prasad Bidari, even sick and person with visa expiry will be restricted to travel.

A decision to this effect was taken on Wednesday afternoon by a high-level coordination committee meeting led by Deputy Prime Minister Ishwar Pokharel at Singha Durbar.

Secretary Bidari said the government has already made arrangements for those whose visa expire in those countries.

India Provides Grant For The Construction Of New School Building In Butwal By NEW SPOTLIGHT ONLINE 7 hours, 51 minutes ago

PM Oli Adopted A Rhino By Agencies 21 hours, 14 minutes ago

338 Households Displaced In Fungling Due To Fire By Agencies 1 day, 10 hours ago

Chanda Led Maoist And The Government To Hold Talks By NEW SPOTLIGHT ONLINE 1 day, 21 hours ago