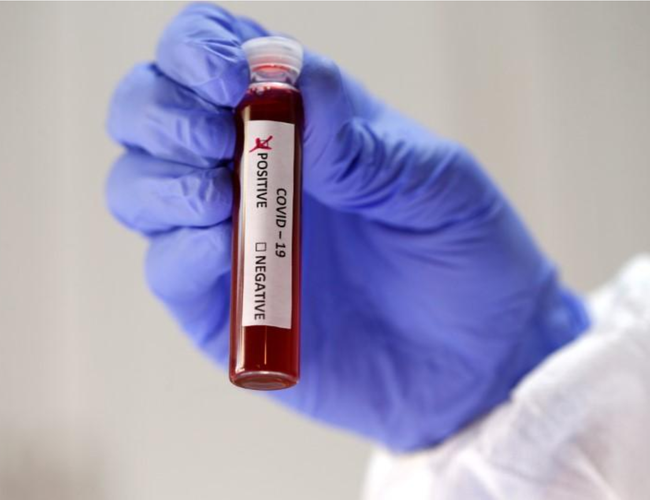 U.S. researchers, following the lead of scientists in other countries, have launched studies to see whether widely-available, low-cost generic drugs can be used to help treat the illness caused by the new coronavirus.

There are currently no vaccines or treatments for the highly-contagious COVID-19 respiratory illness. Experts say it could take a year or more to have a preventive vaccine ready, so effective treatments are desperately needed.

A 1,500-person trial, led by the University of Minnesota, began this week to see whether malaria treatment hydroxychloroquine can prevent or reduce the severity of COVID-19. The malaria drug is also being tested in China, Australia and France.

Two other trials are studying the blood pressure drug losartan as a possible treatment for the disease.

Besides having a direct antiviral effect, hydroxychloroquine suppresses the production and release of proteins involved in the inflammatory complications of several viral diseases.

The testing results will likely be delivered in weeks, according to Dr. Jakub Tolar, dean of the University of Minnesota Medical School and vice president for clinical affairs.

Most people infected with the new coronavirus develop only mild flu-like symptoms, but around 20 percent can have more severe disease that can lead to pneumonia requiring hospitalization.

Tolar and others cautioned that people should not be using any prescription drugs without medical oversight.

"These treatments should be used only in hospitals by critical care specialists,”said Dr. Russel Buhr, critical care pulmonologist at the University of California, Los Angeles.

Also this week, the University of Minnesota launched two trials testing losartan – one to measure whether the hypertension drug reduces the risk of organ failure for COVID-19 patients who have been hospitalized, and another looking at whether the drug can limit the need for hospitalizations.

Losartan is an angiotensin receptor 1 (AT1R) blocker, which researchers say could play a role in blocking an enzyme used by the virus to bind to cells.

Pharmaceutical companies are also working to develop treatments for COVID-19, including Gilead Sciences Inc’s (GILD.O) experimental antiviral drug remdesivir, which is given to hospitalized patients via intravenous infusion over several days.

The New England Journal of Medicine earlier this month described how the drug was successfully used on the first patient infected by the novel coronavirus in the United States.

Results from a remdesivir trial in China could come early next month, while Gilead has begun two international trials of the drug that previously failed as a potential Ebola treatment. And the National Institutes of Health last month began testing it on patients in a U.S. trial.

Companies including Regeneron Pharmaceuticals Inc (REGN.O), Eli Lilly and Co (LLY.N) and Takeda Pharmaceutical Co (4502.T) have begun to develop coronavirus treatment candidates, but human testing of their drugs has not yet started.

Anti-inflammatory drugs, like Regeneron’s Kevzara and Roche Holding AG's (ROG.S) Actemra, have been used to treat the lung inflammation caused by COVID-19.

But in a disappointment, Chinese investigators reported this week that Kaletra, a combination HIV drug sold by AbbVie (ABBV.N), failed to improve outcomes for seriously ill COVID-19 patients..

The COVAX Facility Will Deliver Its 65 Millionth Vaccine Dose This Week By NEW SPOTLIGHT ONLINE 18 hours, 18 minutes ago

COVID-19 Is Airborne: Scientists By Agencies 1 day ago

COVID CRISIS: Health Alert By A Correspondent 1 day, 4 hours ago