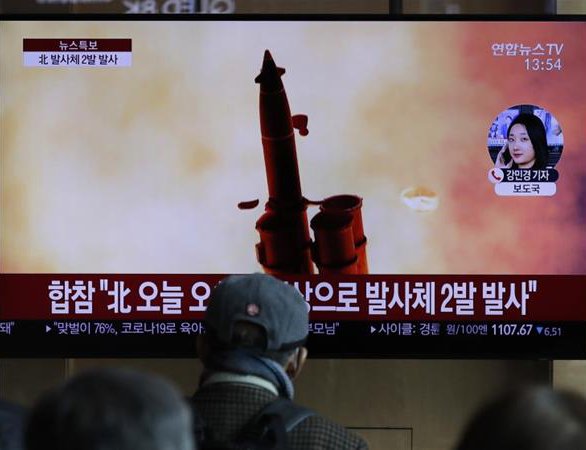 North Korea fired two projectiles that appeared to be short-range ballistic missiles into the sea off the east coast of the Korean peninsula, South Korea's military said on Saturday, after what analysts said was a show of confidence during the coronavirus pandemic by announcing an April legislature session.

The launch follows two earlier this month, when North Korea launched short-range missiles and multiple projectiles, according to South Korea's military, drawing US and Chinese appeals for Pyongyang to return to talks on ending its nuclear and missile programmes.

The suspected missiles were fired from North Pyongan province, South Korea's Joint Chiefs of Staff said. The province is above Pyongyang on the northwest corner of the Korean peninsula, bordering China.