Pangolins can harbor coronaviruses related to the new coronavirus, a study finds. 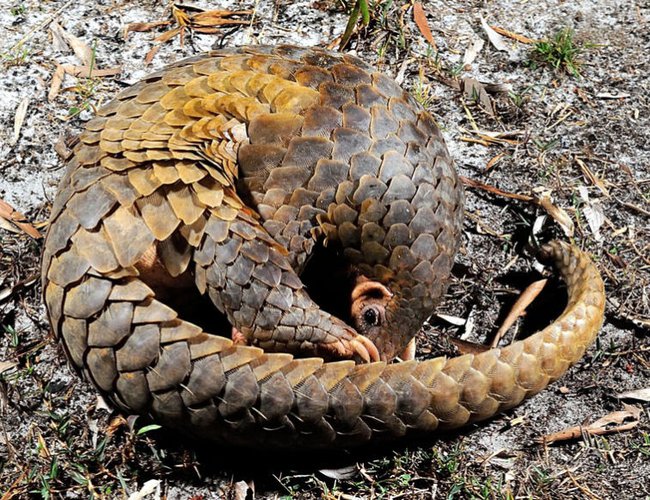 Pangolins can harbor coronaviruses related to the new coronavirus, a study finds. Scientists studied viruses in pangolins (Manis javanica) captured in anti-smuggling activities in southern China. The identified coronaviruses, however, are different enough from SARS-CoV-2, the virus that causes COVID-19, to hint that pangolins were not directly responsible for transmitting the virus to people, which had been suggested.

One of the pangolin viruses does have a structure that closely resembles the new coronavirus’ spike protein, which allows the pathogen to get into cells, infectious disease researcher Tommy Tsan-Yuk Lam of the School of Public Health at the University of Hong Kong and colleagues report March 26 in Nature.

The closest relative of SARS-CoV-2 is still from a bat, the only other known mammal found to be infected with similar coronaviruses.

The new coronavirus’ similarity to both a bat virus and a pangolin virus suggests that viruses from the two animals may have exchanged genes at some point before infecting people (SN: 3/26/20).

The pangolin viruses, however, lack a feature seen in SARS-CoV-2 that may have helped the virus make the leap to humans — a hint that the virus may have acquired an adaptation in another, not yet identified, animal before spreading around the globe.

Pangolins, while perhaps not directly involved in SARS-CoV-2 jumping to humans, should be handled carefully to prevent the viruses they carry from infecting people, the team writes. The animals are the most illegally trafficked mammal, used both as food and in traditional Chinese medicine.

US Space Agency Has Revealed Water On The Moon By Agencies 6 months, 3 weeks ago