A Person Admitted To Isolation Ward Of Nepal’s Hospital Died

A Person Admitted To Isolation Ward Of Nepal’s Hospital Died 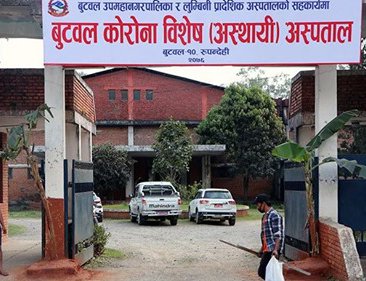 A 34-year old resident of Butwal, who was admitted in isolation ward, died today at Corona Special Hospital in Butwal, Rupendehi district reports The Rising Nepal.

"His swab sample was sent today itself to Kathmandu for the test, it will take another two days to receive the results. As the report has not been received yet, the reason behind the death has not been found out until now," said Dr. Rajendra Khanal, Medical Superintendent at the Lumbini Provincial Hospital.

The daily reports that the deceased, who had been staying Gulf, had returned to Nepal on March 19. He was suffering from fever and was in home quarantine for a week. On the recommendation of doctors, he was admitted to isolation at the provincial hospital.

Dr. Khanal further said that after his death, his family had been quarantined and it would continue until the COVID-19 test report of the deceased is received.

CJ Rana Admitted To Hospital By Agencies 1 day, 12 hours ago