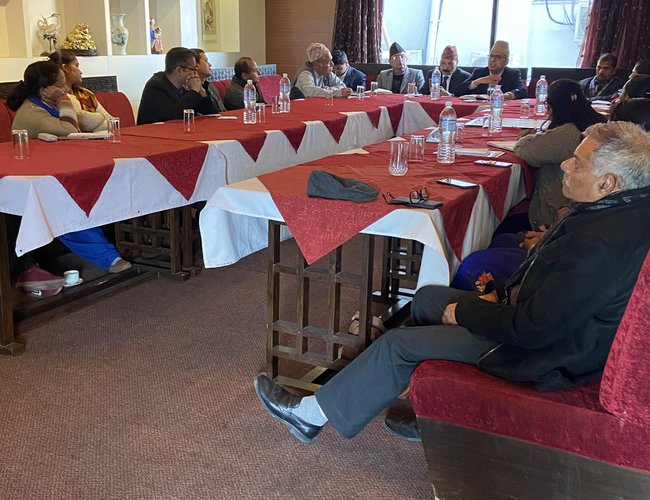 Much of the world is currently in Corona-ted lockdown. Euro-Americans whoself-assumed premier status as paragons of democracy – and who just a month earlier were making snide remarks about China's handling the pandemic – are today in a race to out-Chinese its communist party in authoritarianism. The Global South scrambles to muddle along, wondering what new world order is going to emerge out of this mess and if some form of Bernista or Scandinavian socialism is not such a bad thing after all.

Just a week before the Corona lock-down, on 13th March, Nepal Law and Policy Centre held an interaction with federal and provincial legislators on Citizen's Engagement in Law-Making. The main presentation was made by eminent professor Dr. Bipin Adhikari, and this essayist together with senior advocate Dinesh Tripathi were asked to serve as commentators. In terms of timing, it turned out fortuitous: Corona pandemic has made the very nature of governance and citizen participation, indeed Nepal's Loktantra experiment in adventurism, a topic in need of serious rethinking.

Dr. Adhikari's primary focus was on the nature and scope of citizens' participation in law-making in Nepal. He compared such legal avenues in the UK (whose Westminster model we and much of South Asia have imitated as a legacy of the Raj), India (which continues to tie the minds and aspirations of the majority of Loktantra's politicians to its apron strings), South Africa (which, with the demise of Apartheid has been most successful in cherry-picking what it feels are best governance practices from around the world, for example in its water resources act), and the US (where legislators are more beholden to their voters and their own consciences than their parties). Indeed, in the US citizens' initiatives can bypass legislatures and place issues on the ballot for a popular vote, e.g. the right to have "none of the above" as an obligatory category on the ballot, to nullify the election if that option got the highest votes and to disqualify all the old candidates from standing again in a fresh election.

Given that this exercise was a work-in-progress, as a commentator I asked that his examples include countries whose geography and history was more suited to Nepal (Switzerland, Austria, Hungary, Czech Republic) as well as those that are strongly democratic but socialist (Scandinavians). This is necessary because the imitative British Raj legacy Westminster model has failed not just multiple times in Nepal but in much of South Asia as well. In Nepal, it failed politically in 1960 as well as 2005, and in terms of delivery and accountability between 2015-2020.At its core, it represents the evolutionary history of British institutions, not ours; and it glaringly does not support separation of powers between the executive and the legislature, resulting in bad representation and incompetent executive.

In discussing citizens' engagement, this defect in the Westminster model's representation needs surgical analysis. It has failed in Nepal's Loktantra: just look around during this major Corona crisis, and what you see is supposedly "peoples' representatives" from the federal to the province and municipality levels essentially AWOL. People have begun asking if they are there merely for perks and salaries, and if so, they are an unbearable burden on society. Part of the problem is in the misused parliamentary whip: unlike US congress and senate members who vote as per their conscience and answer to their voter, our elected representatives to the sovereign parliament are enslaved by party whip wielded by neo-feudal party barons to impose their whims on the party without even a whiff of inner-party consultations and democratic decision-making. Indeed, an MP at the interaction asked that, if peoples' representatives are to be effective, the whip system be limited and specified to very particular cases only if they were not to be mere sheep.

A serious issue in making Nepal's democracy more participatory lies in the fact that this 2015 constitution making itself was not participatory. The survey questionnaires sent to the districts were not only statistically unscientific, they were badly administered or not at all, and the filled forms were returned but never analysed (they later were sold to trash collectors!). The provision for six months consultations in all the districts that was envisaged in the interim constitution was shortened to two days of tokenism. And instead of passing each article after a thorough debate, the honourable members were whipped into submission to pass the entire set of pages by voice vote almost overnight. Serious dissenting voices were completely ignored, be they true believer Maoists on the Left, Hindu Monarchists on the Right or regional aspirations in the Tarai. Had the new system, despite its flaws, performed well in these last five years, those voices of dissatisfaction would have withered away in the margins. However, since the people have only experienced incompetence and colossal naked corruption, those voices of dissent are growing louder and more powerful by the day. 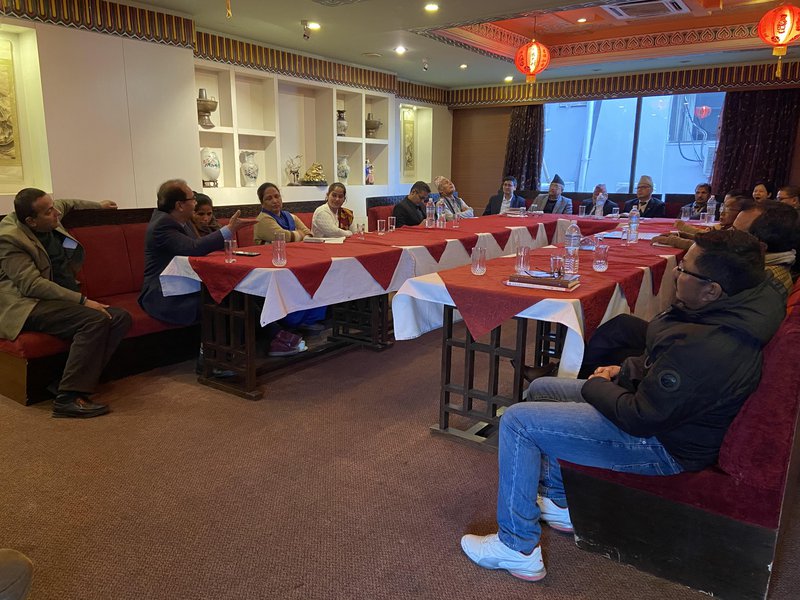 Strangely, a Nepali Kangress legislator of Bagmati Province was most scathing in his criticism of Loktantra's non-participatory nature. He asked how participatory was it for an unelected (its 5-year term having expired) transitory government between 2006-2007, based on the 1990 constitution but in effect answerable to only party bosses, to take major decisions like abolishing the monarchy, removing the country's Hindu identity and fracturing its polity through federalism without going to the people but leaving the matter to be only rubber-stamped later by a constituent assembly. More so because elections to the constituent assembly were never fought (or campaigned) on these issues but on delivering the development of water, roads and electricity. Oddly, he said, the King wanted a referendum but the allegedly democratic party bosses were scared of going to the people, pointing to the flawed means that underlies the shaky foundations of the present order.

Indeed, surveys (done just before the adoption of these fundamental changes to the 1990 order by the first constituent assembly in 2008) showed that 49% of the people favoured democracy with a constitutional monarchy and only 38% for a republic; 59% favoured Nepal remaining a Hindu state (that number went up subsequently to 71%); and only 23% of the people had even heard of federalism. (Details in Nepal-India Relations: New Dimensions and Responsibilities (2016) edited by Madhavji Shrestha and Dr. Anjan Shakya who is currently Nepali ambassador to Israel.) No wonder the party bosses and their foreign handlers were scared of actually consulting the Nepali people on such momentous issues.

When it came to issues of citizens' engagement, other participants were equally critical. They opined that this democracy has been hijacked by money and muscle with tabled bills such as Guthi, information and many other regressive ones violating the constitution and its inalienable provisions of fundamental rights. Unlike in other democracies where elected representatives went to their constituents to discuss those bills, our legislators have never done that, choosing instead to docilely follow the whip of party bosses and become rubber stamps. Others described how the provision for proportional representation had been misused to settle scores in inner-party rivalry, how the narrow slot allocated to national experts to be represented in the parliament had never been practiced. Worse, unlike even in the constituent assemblies, experts were very rarely invited to subcommittee hearings.

It is with these disjunctures in mind that citizens' engagement in law-making must be re-imagined. But it cannot stop there: it has also to be seen in the current bizarre situation of a country-wide lockdown, the failure of elected representatives to be heard and seen in action, and a prime minister in medical quarantine during and following his kidney transplant who cannot trust any party colleague to hand over power in the interim. When MPs senior party politicians seem to have little role in law-making or governance, what indeed can one say about the common Nepali citizen short of a wholesale rethinking of governance? 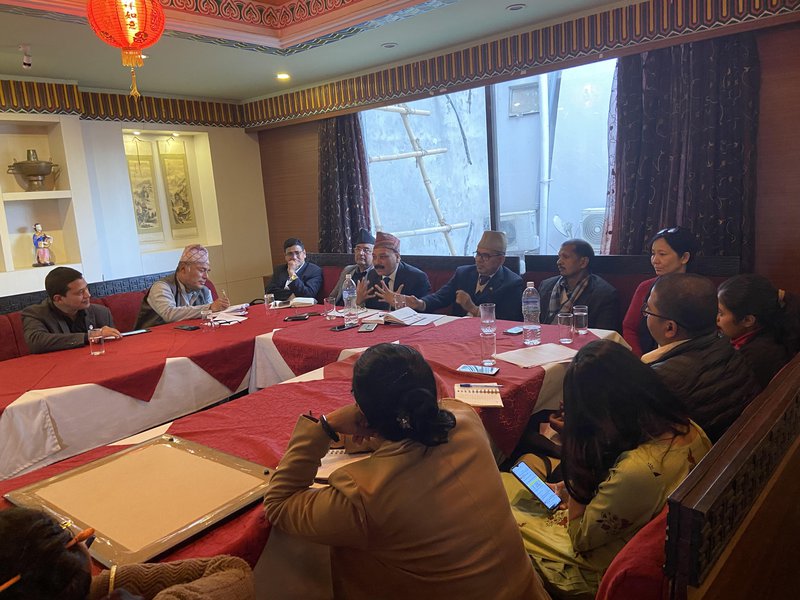