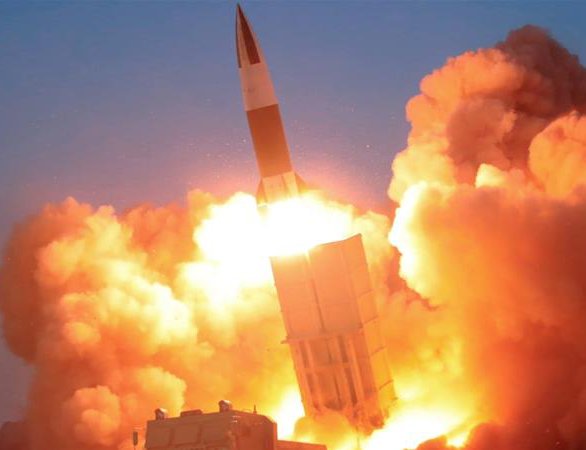 North Korea has fired two suspected ballistic missiles into the ocean off its east coast - according to South Korea and Japan - the latest in a flurry of weapon launches that Seoul decried as "inappropriate" amid the global coronavirus pandemic.

Two "short-range projectiles" were launched from the coastal Wonsan area on Sunday, and flew 230 kilometres (143 miles) at a maximum altitude of 30 kilometres (19 miles), South Korea's Joint Chiefs of Staff reported.

Japan's Ministry of Defense said they appeared to be ballistic missiles, and they did not land in Japanese territory or its exclusive economic zone.

"Recent repeated firings of ballistic missiles by North Korea is a serious problem to the entire international community including Japan," a ministry statement said.

Rockets Rain On Tel Aviv As Violence Expands By Agencies 2 days, 21 hours ago

Concerns Rise Over Tensions In Jerusalem By Agencies 3 days, 21 hours ago