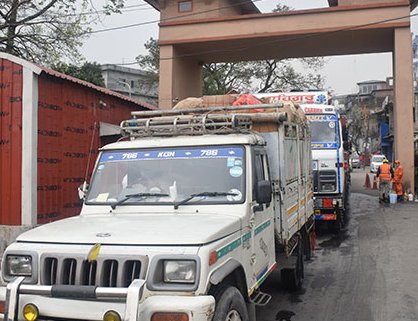 With another positive case confirmed, Bhutanese Prime Minister Dr. Lotay Tshering announced the extension of lockdown from 14 to 21 Days. It will last no Till April 21.

According to Bhutanese online Kuensel“The fourth person, a student, who has been detected with Covid-19 was under facility quarantine upon arriving in the country and has now been moved to an isolation room. We request the public that there is no need to panic as everything is under control,” states an update on the ministry’s Facebook page.

Health minister Dechen Wangmo in a recent press briefing said that the ministry adheres to two main procedures for information dissemination – being transparent and keeping the confidentiality of the patient.

Without details on travel history and where the student was quarantined, many are questioning the incomplete information including what is shared by the media.

If everything stops, essential services to patients and public services would be affected. If everyone practices physical distancing and takes care at the individual level then lockdown would be out of the question. Everyone has to shoulder responsibility.

The 33 patients in Vellore and 55 patients who are undergoing medical treatment and their attendants have been asked to adhere to strict personal hygiene. Given the difficult circumstances, their allowances have been increased and dispatched: Health Minister.

The minister says all flight attendants and crew, and those who have been in contact with her have been traced.

Unless people show symptoms, testing liberally would be expensive and result in huge pressure on the already scarce resources, the minister said.

Many are also speculating that the fourth case could be the former roommate of the third case. “If this is the case, the government needs to immediately stop keeping two people together in the same room.”

Others have also questioned the quarantine time period following the incomplete information. “We want to know after how many days did the student test positive.”

The concerns raised are not only from those who are in the quarantine centres and their family members but the general public and also crew members who have flown in over the past few days have shared the same concerns.

A pilot who had recently returned with a group of Bhutanese students said many flight crew members were equally worried when the news of another student testing positive was made public yesterday.

Meanwhile, a Bhutanese living in New York has also tested positive to Covid-19 according to officials with the Permanent Mission of Bhutan in New York.

The patient is hospitalised and is receiving medical care. The patient has underlying health conditions, according to a letter the Mission wrote to Bhutanese in the US. His wife is also quarantined, accoridng to sources in New York.

The United States In Partnership With ADB Completes Two Secondary Schools In Kathmandu By NEW SPOTLIGHT ONLINE 21 hours, 10 minutes ago

India Provides Grant For The Construction Of New School Building In Butwal By NEW SPOTLIGHT ONLINE 3 days, 15 hours ago

PM Oli Adopted A Rhino By Agencies 4 days, 5 hours ago

338 Households Displaced In Fungling Due To Fire By Agencies 4 days, 18 hours ago

Chanda Led Maoist And The Government To Hold Talks By NEW SPOTLIGHT ONLINE 5 days, 5 hours ago