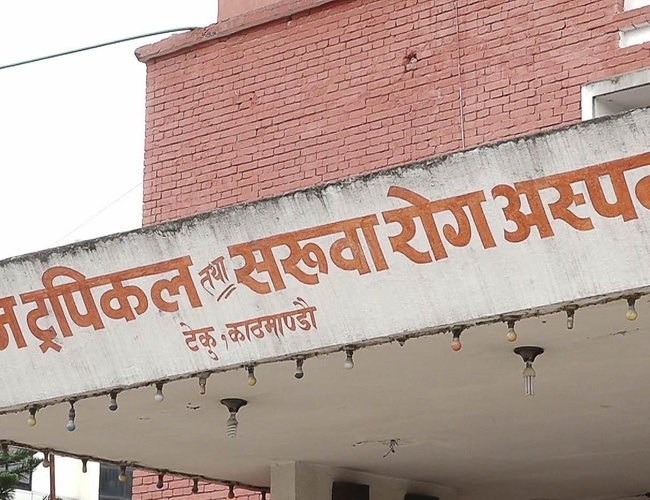 Nepal has conducted 97 patients' reching1060 test until Tuesday. Out of those test, 5 cases have shown positive. According to the Ministry of Health and Population, five positive cases four are currently undergoing treatment and one has already discharged.

All five patients infected with coronavirus returned from foreign countries including the first one from Wuhan of China.

According to him, the condition of two patients — one male and one female — is normal and their swabs will be taken for tests after they stop coughing. The female patient was admitted to STIDH on March 23 and the male patient on March 25. One patient is currently undergoing treatment in Dhangadhi and another one is in Baglung Hospital.

A spokesperson for Sukraraj Tropical and Infectious Disease Hospital Dr. Anup Bastola said the two coronavirus patients undergoing treatment at the hospital could be discharged before 14 days if they tested negative twice.

COVID-19 patients should stay in home quarantine for 14 days even after they are discharged from the hospital. Bastola said cured patients need to be more alert as there were reports of re-infection among cured patients.

Director of Epidemiology and Disease Control Division under the Department of Health Dr. Basudev Pandey said the government had endorsed the treatment procedures whereby doctors tending to COVID-19 patients could prescribe anti-influenza drugs, including Tamiflu-anti-malaria drug and even anti-HIV drug, as per the need to alleviate the patients’ conditions.

The COVAX Facility Will Deliver Its 65 Millionth Vaccine Dose This Week By NEW SPOTLIGHT ONLINE 8 hours, 38 minutes ago

COVID-19 Is Airborne: Scientists By Agencies 15 hours, 16 minutes ago

COVID CRISIS: Health Alert By A Correspondent 18 hours, 35 minutes ago