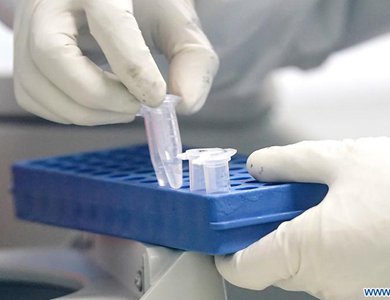 Following recent media reports on the quality of Chinese medical products, China now requires all medical products to obtain a certificate from the country's medical authority before they can be exported, the Chinese National Medical Products Administration (NMPA) announced on Tuesday.

"From Wednesday, or even days before, many products and materials can no longer be exported and are currently delayed at ports," Li Hui, general manager at Shanghai Huirui Biotechnology Co, which exports testing kits, told the Global Times on Wednesday.

Li said his firm is applying for the required certificates, but is unsure when it will receive approval as many other companies are waiting, which may further delay the test kit export process.

"Some factories were even forced to halt production as they did not have a license," an industry insider told the Global Times.

"The tightened regulations will no doubt worsen a global shortage of test kits supplies and may even push up prices," Li said, adding that the cost of some test kits has already surged more than threefold due to shortages.

Chinese coronavirus test kits are desperately clamored for by many foreign clients, but some unfriendly Western media outlets have chosen to smear and discredit made-in-China products.

Though local medical authorities and Chinese embassies have explained the misunderstanding and misuse of the test kits, media coverage of life-saving Chinese products has turned a blind eye to these clarifications, revealing some countries' unfriendly motives, industry insiders noted.

Even so, Chinese test kits providers have shown their resolution to continue helping the world fight against the virus, and have called on some Western media outlets to stop smearing Chinese assistance.

"I think the quality issue reported by some media has been politicized. They can't prove the reported testing kits have quality issues, because the use and transport [of the kits] may influence their stability and sensitivity," an employee at test kit provider Beijing Beier Bioengineering told the Global Times.

Medical workers unfamiliar with the products may have some difficulties, which could affect the accuracy of their results. The Beier employee added that Chinese medical staff also had issues when using the test kits in the early stages of the outbreak and any confusion was resolved after technical training.

According to the test kits providers and a certification intermediary the Global Times reached out to, the EU's Medical Agency has relaxed licensing standards to channel urgent medical supplies into Europe, including test kits.

Before selling these products to the bloc, Chinese test kit producers must achieve a CE labeling, a certification stamp that indicates conformity with health, safety and environmental protection standards for products sold within the European Economic Area.

Currently, coronavirus test kit products belong to the "Other" EU classification, which requires the applicant to test the product itself, submit materials (including a product instruction book, product test report, analysis and evaluation) and the manufacturer's Declaration of Conformity (DoC), a Shanghai-based certification intermediary told the Global Times.

"An independent conformity assessment is not necessary for test kit manufacturers exporting to the EU at present. If the maker finds a third party to provide the assessment, the product will win more market recognition in the bloc," the intermediary said.

He also noted that at the current stage, when many countries have ceded regulations to the urgency of the pandemic, the EU does not strictly require companies to follow the bloc's standards, but the applicant must meet the requirements of its own country.

"Amid the serious pandemic situation, Europe has set out relatively loose requirements for companies to obtain the CE labeling," an insider at Shanghai BioGerm Medical Biotechnology Co, which is licensed to sell its kits in both China and the EU, told the Global Times. "Before the pandemic, the certification took about six months to acquire. Instead of providing a third-party attestation, the DoC allows the company to sell its products in the EU, and the application process has been shortened to one month,"

She added that a least 100 Chinese test kit producers have claimed they have obtained the DoC for CE labeling and are selling to Europe, yet only 23 are licensed to sell in China.

NMPA revealed on Monday that 23 test kit products for the coronavirus had been approved. 15 are nucleic acid testing kits and the rest are antibody testing kits.

Due to its strong production power and mature supply chain, China is one of the biggest providers of coronavirus test kits. Unlike masks and ventilators, which can be produced by auto makers that have adjusted production lines, test kits require a production space with a high level of cleanliness, and scientific and precise experiments and testing.

Companies approached by the Global Times said that while production of other medical products still rely on raw materials from foreign countries, the raw materials used to make test kits are "all made in China," thus their production pace will not be affected by the pandemic.

Shenzhen-based BGI Genomics has sufficient reserves of these raw materials to ensure continuous production, and all of them are made in China, BGI said in a statement sent to the Global Times.

The firm increased its daily production from 600,000 to 2 million units within 10 days in March to serve the surging global demand.

"We are doing our best to share the anti-epidemic experience we've accumulated in China with the world," the firm said. The company said it has thus far provided test kits to 70 countries and regions around the world, including the US, where it has become the first Chinese company to gain emergency approval to sell its fluorescent real-time polymerase chain reaction testing product.