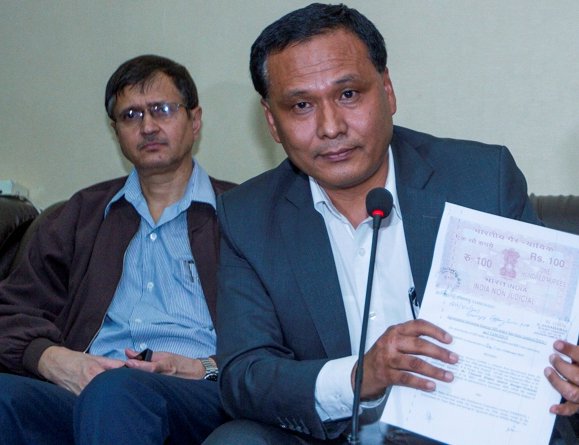 Managing Director of Nepal Electricity Authority (NEA) Kul Man Ghising has shown how a nearly a bankrupt public entity can turn into a highly profitable institution in the matter of just three years.

Although NEA’s financial performance had started to improve after the intervention from the day one on his office, NEA has made miracle in three years not only in making financially sound but ending decades long load shedding contributing to growth of GDP.

In its history of over 35 years, Nepal Electricity Authority (NEA) has made Rs. 10.67 billion profit for the first time.

MD Ghising has depicted that drastic transformation is possible of any organization given the good managerial skills with individual commitment towards the work and capability to work together in a group.

When Ghising assumed the post of Managing Director, Nepal Electricity Authority was virtually bankrupt with over 13 hours of load-shedding in the country. The thing has started to change.

During the 34th anniversary program last August, NEA projected the profit of Rs. 7.2 billion. During that program, Minister of Energy, Water Resources and Irrigation and chairperson of Board of Directors of NEA Barsha Man Pun announced to make NEA Nepal’s number of public enterprises. This came to reality following the publication of the final report of Auditor General.

After the final Report published by audit of Auditor General, NEA is now highest profit making existing public enterprises of Nepal in the last fiscal year.

In 2072/073, Nepal Electricity Authority’s total loss was Rs. 8.89 billion and reserve and cumulative loss was Rs.34.60 billion. Following the appointment of Ghising as Managing Director, NEA has made economic miracle making the organization as number one profit making public entities from a virtually bankrupt entity. From huge loss in reserve and cumulative fund, NEA is moving towards profit. NEA has net profit of Rs.1.46 billion in 2073.074 and 2074.075.
In his modest language, MD Ghising said the credit of this miracle goes to all. He said that this is not a work of particular individual.

“NEA’s employee has been working with a strong determination that the journey ahead is for profit not for loss “This great leap is not a work of any individual but also the unified approach of Board of Directors, Board members; hard of NEA’s technical and administrative team their personal capacity and consumers.”

“We have been moving ahead with an approach to make NEA with profit making, disciplined, capable and respected institution providing quality and reliable service to consumer,” said MD Ghising. He said that the future of NEA is bright. As half of the equity of 60 MW Khmti-1 projects is coming to NEA, this will give a great financial relief. As NEA has signed PPA with project in dollar, it used to be a heavy burden. From this year, PPA will also be revised.

NEA’s electricity loss was 25.78 and now it is 15.32 percent. Announcing his policy following the appointment of MD, Ghising expressed his commitment to end load shedding, make NEA profit making organization and make Nepal in self reliant in electricity generation.

With cheap PPA with 456, the generation electricity of from Upper Tamakosi will also greatly contribute to financial health of NEA. For this, the challenge is to increase internal consumption and import excessive electricity.

He said that the work is on to digitize NEA. After this, expenditure will drastically come down and it will have impact financial health of NEA. MD Ghising said that the reduction of technical lass has positive impacts on NEA’s income. NEA spent over Rs.38.89 billion to purchase electricity and generated income of over Rs.66.61 billion from sale. One percent reduction of loss means profit of Rs.700 million for NEA. NEA also paid Rs.150 billion royalty to the governments of various projects.

Although Nepal Electricity Authority has made miracle, then minister of Energy Janardan Sharma Prabhakar took an initial move. Minister Pun totally backed MD Ghising and then Secretary Anup Kumar Upadhyaya stood firmly in the process of reform. Had the Minister Pun did not back and support NEA’s management, the current financial miracle would not have possible.

The World Bank To Provide US$ 45 Million To Promote Sustainable Livelihoods By NEW SPOTLIGHT ONLINE 8 hours, 23 minutes ago

TIA To Open Only 18 And Half Hours From March 28 By Agencies 9 hours, 18 minutes ago