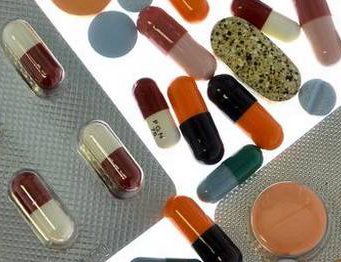 India has allowed export of a dozen active pharmaceutical ingredients (API), including antibiotics, vitamins and hormones as well as their formulations, that were placed under restriction early last month to avoid a domestic shortage due to the Covid-19 outbreak.

A notification, amending the one issued on March 3, was put up by the Directorate General of Foreign Trade (DGFT) late Monday night specifying that export of the 12 identified APIs was now free.

These APIs include Tinidazole, Metronidazole, Acyclovir, Vitamin B1, B6, B12, Progesterone, Chloramphenicol, Erythromycin salts, Neomycin, Clindamycin salts and Ornidazole.

“The notification....is amended to the extent that the above-mentioned APIs and formulations made from these are made free for export with immediate effect,” noted the amended notification issued by the DGFT on April 6.

Although US President Donald Trump has requested Prime Minister Narendra Modi to allow export of hydroxychloroquine, an anti-malaria drug being increasingly used to treat Covid-19 in many countries, the government is yet to take a call on this matter.

Following the restriction imposed on exports of several antibiotics, vitamins and hormonal medicines on March 3, a number of drug companies, including pharmaceutical body Indian Pharmaceutical Alliance, had sought the removal of the prohibition on the ground that domestic companies had surplus stocks for export.

Reuters said India, the world’s main supplier of generic drugs, said on Tuesday it will allow limited exports of the anti-malaria drug hydroxychloroquine that U.S. President Donald Trump has touted as a potential weapon in the fight against the coronavirus.

The Indian government had put a hold on exports of hydroxychloroquine as well as on the pain reliever, paracetamol, saying stocks were depleting because of the hit to global supply chains after the coronavirus emerged in China late last year.

U.S., Staying In WHO, To Join COVID Vaccine Push For Poor Nations: Fauci By REUTERS 10 hours, 46 minutes ago

India Hands Over One Million Covishield Vaccines To Nepal By NEW SPOTLIGHT ONLINE 14 hours, 8 minutes ago