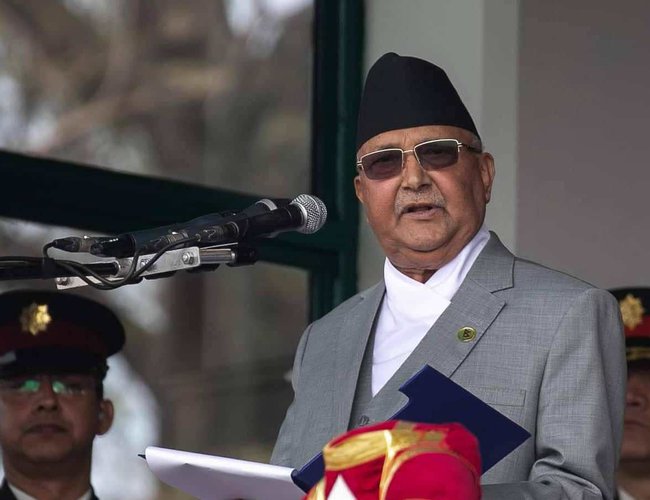 Crown Prince of United Arab Emirates (UAE) has assured prime minister KP Sharma Oli that he will treat all the Nepalese as per the citizens of his country. Crown prince told PM Oli that Nepalese are honest and hardworking and he praised the contribution of Nepalese in the economic development of UAE.

As part of my conversation with the Heads of Government of countries having a large number of Nepali migrant workers in the context of Covid-19, I had today telephone conversation with Crown Prince of United Arab Emirates.

While expressing concern over the safety of Nepalese in UAE during this difficult period, I thanked the Government of UAE for the cooperation extended to them.

I will continue conversation with other Heads of Government.

SC Issued An Interim Order Against Citizenship Ordinance By Agencies 3 days, 4 hours ago