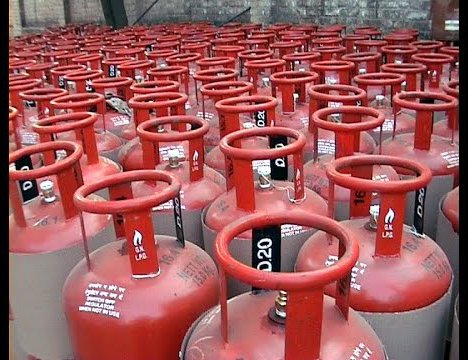 Nepal Oil Corporation (NOC) has decided to sell full Liquefied Petroleum Gas (LPG) cylinders from coming Sunday. Rastriya Samchar Samiti (RSS) reports that meeting of the Board of Directors of the NOC took the decision to open the sale of full cylinder weighing 14.2-kg on Wednesday.

NOC spokesperson Binitmani Upadhyay shared that the LPG companies will be allowed to fill LPG cylinders to the full from Thursday. It may be noted that the companies had urged the corporation to allow the sale and distribution of full cylinder citing dwindle in the sale volume of half-filled cylinder in the recent days.

He said that the NOC reviewed its earlier decision acting on the demand of companies as well as the lack of storage space and allowed for the sale of full cylinders reports RSS.

Considering the likelihood of scarcity, the NOC had since March 29 instructed the gas bottling companies to sell half-filled cylinder weighing 7.1-kg.

Chairperson of Nepal LP Gas Industry Association Gokul Bhandari said gas bullets have been left unloaded after the gas stores of all the companies' cylinders remain occupied. He shared 59 gas industries across the country have a total gas storage capacity of around 10,000 metric tons.

NBA Decides to Operate BfIs Throughout Business Hours From 21 June By Agencies 1 day, 18 hours ago