PM Narendra Modi Hints At Extension Of Lockdown In India

PM Narendra Modi Hints At Extension Of Lockdown In India 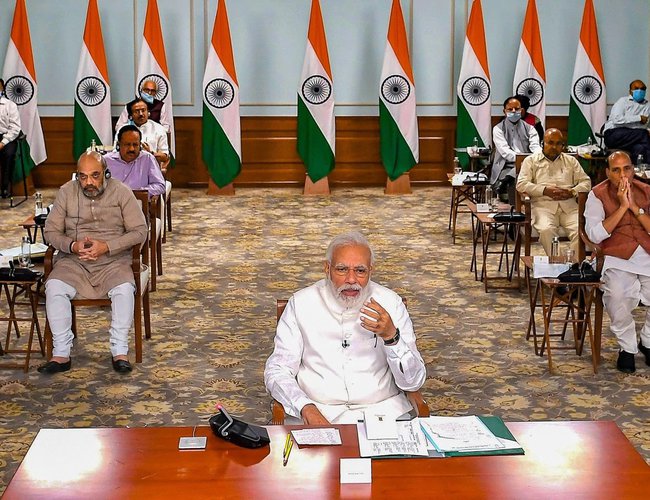 Prime Minister Narendra Modi on Wednesday said the country is facing a "social emergency" like situation as well as serious economic challenges due to the Covid-19 pandemic, which showed a sharp spike in the infections, taking the nationwide tally to over 5,200 with at least 149 deaths.

After an interaction with Modi via video conference, several political leaders said the lockdown might not be lifted completely after April 14 and they were told by the prime minister that the pre-corona and post-corona life won't be the same.

"The situation in the country is akin to a social emergency...it has necessitated tough decisions and we must continue to remain vigilant," the prime minister told the leaders, according to an official statement. He asserted that his government's priority is to "save each and every life".

"The present situation is an epoch changing event in mankind's history and we must evolve to counter its impact," Modi said.

Interacting with floor leaders of the opposition and other parties in Parliament via video conference, Prime Minister Modi said states, district administrations and experts have suggested extension of the ongoing lockdown beyond April 14 to contain the spread of the virus. Modi told the leaders that the country is facing "serious economic challenges as a result of Covid-19, and the government is committed to overcoming them."

After the meeting, Congress leader Ghulam Nabi Azad said around 80 per cent of political parties suggested extension of the lockdown. The leaders were told by the prime minister he is receiving requests for extending lockdown and will talk to chief ministers and experts before taking a decision in the nation's best interest, Azad said.

Modi is scheduled to interact with all chief ministers on April 11.

"Prime Minister Modi made it clear that lockdown is not being lifted and also that the life pre-corona and post-corona will not be same," Biju Janata Dal leader Pinaki Misra told PTI.

The Uttar Pradesh government on Wednesday decided to completely seal off coronavirus hotspots in 15 districts to stop to the spread of the infection, announcing curfew-like restrictions there.

The orders came as the state’s coronavirus count reached 361 with 29 fresh cases being reported. The state’s death toll went up to four, with one more person succumbing to Covid-19.

The news triggered panic buying with earlier reports wrongly saying that entire districts will be sealed off.

"People were buying 10-15 packets of milk, Noida resident Khusro Ather said, hours before the orders came into effect from midnight.

The restrictions in these pockets will be stricter than those under the lockdown already in place.

CJ Rana Admitted To Hospital By Agencies 1 day, 13 hours ago