Urban Ecosystem And Biodiversity Conservation Can Kathmandu Municipal Maintain its Lungs and Kidneys?

These biotic and abiotic components are linked together through nutrient cycles and energy flows. 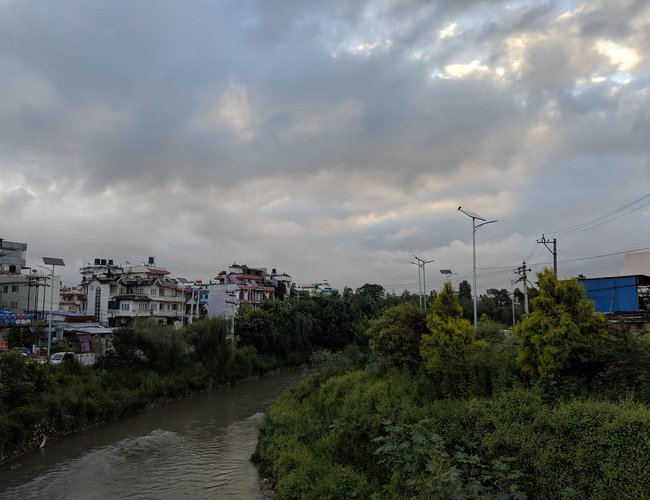 In recent years, there are growing concerns about the urban ecosystem and biodiversity in the globe. It is realized that ecological system is the foundation of the sustainable development. Of the two systems, the rural ecosystem is not much subject to worry. But many of us are urging the government for the maintenance of urban ecosystem and surrounding biodiversity. Urban dwellers of Kathmanduare facing a number of problems such as air, water and land pollution, encroachment of open space and others. There is great pressure to Kathmandu Municipal for taking appropriate strategy in time to combat the degradation of environment and maintain healthy capital for the future generation by maintaining its urban ecosystem and biodiversity.

To start with the subject matter, one should must know about the concept of urban ecosystem and biodiversity. An urban area can refer to towns, cities, and suburbs. Most inhabitants of urban areas have non-agricultural jobs. Urban areas are very developed, meaning there is a density of human structures such as houses, commercial buildings, roads, bridges, and railways. An ecosystem is a community of living organisms in conjunction with the nonliving components of their environment, interacting as a system. These biotic and abiotic components are linked together through nutrient cycles and energy flows. An urban ecosystem is simply the community of plants, animals, and humans that inhabit the urban environment. It is an area physically dominated by built structures like buildings, roads, sewers, and power lines.

Well maintain urban ecosystem provides environmental benefits to its people. Natural spaces such as urban parks, green walls, green roofs and street trees provide a number environmental benefits: they offset the urban heat island effect, improve air quality and reduce air temperatures through shade, thereby reducing energy use for cooling.Unplanned expansion and development have been leading the city to the multiple risk hotspot area from various environmental, social and disaster perspective. A number of experts and researchers explored that in this situation urban green spaces are considered as important natural contributor that supplies numerous ecosystem services for human kind living in cities and can be a noteworthy part to reach sustainable development goals.

What is Urban Biodiversity?

The next important concept is urban biodiversity. It refers to the variety and variability among living organisms found in a city and the ecological systems in which they occur. Overall, urban biodiversity responds to a combination of biogeographic and anthropogenic factors, with a strong influence of the later. Urban biodiversity has significant contribution to conserve, maintain and function ecosystem in the cities and help to provide non- use values of nature.Experts have urged to maintain ecology, biodiversity and green places in the urban areas. Green spaces are the important components of the urban landscape which provide multiple benefits through acting as a lung of cities, improve the physical, psychological stress relief center and improve social harmony through social interaction and recreation. Further, wetlands like rivers, lakes and ponds are kidneys of our cities.

Kathmandu is the capital and largest metropolitan city of Nepal. It is an eldest metropolitan city with an area of 49.5 km2, and 32 wards. As per the census report publish by Central Bureau of Statistics in 2011, total population of Kathmandu in 1981 was just 422237, after 30 years the population of Kathmandu reached to 1744240. Likewise, the number of households reached to 4,36,344 leadingtoanunplannedrapidurbanizedcitywithverylowopengreenspace.Being a national capital, the migration of peoples is one of the important driving factors for increasing economic activities, fossil fuel loaded traffics, waste in different wards of metropolitan areas and which act as a major driving force for environmental pollution/degradation. According to the experts reports, air pollution, water scarcity, improper drainage and sewerage system, losses of green as well as open space, growth of informal settlements like slum dwellers along river bank, squatter settlements are common in Kathmandu metropolitan city.

Nepal was ranked 177th out of 180 countries in 2016 Environmental Performance Index (EPI) and Kathmandu is ranked one of the most polluted cities in Asia. Various causes are responsible for air pollution in Kathmandu city, among them rapid urbanization is one. Data from 2014 shows 4.6 million of Nepalese live in urban areas, among them Kathmandu city is in top. With increasing urban population the number of vehicles is also increasing proportionally and causing more air pollution. According to data published in 2017 by Department of transportation management, in Kathmandu Valley, a number of vehicles registered in 2000/1 was 24003 and by 2015/16 the number reached to 7,79,822 by an increment of 32 times more in one and half decades.

Similarly, many documents and plan have been developed for making Kathmandu as a smart metropolitan city. Such plans incorporate components like risk sensitive land use planning with various zones like residential promotion area, agriculture area promotion zone, medium alert zone, high alert zone, identification of economic opportunities and growth area, identification promotion and restriction area of construction for sustainable urban plan and promotion of at least one tree on home. Most recently, plantation along river and road side and open space is also increasing.Further, Kathmandu Valley Master Plan (2015-2035) has been prepared aiming to perform risk resilient urban development and environmental friendly resilient planning.

In the context of climate change and its impact in Nepal and urban areas, experts have urged to maintain greenery. A study conducted by an expert concluded that "green spaces help to protect urban biodiversity to protect urban landscape through mitigation and adaption of adverse impact of climate change, through heat reduction and cooling effects". Likewise many studies have also found that urban green spaces have a natural ability to filter pollution from the air and reduce local air and ground temperature too which also can play significant role in combating air pollution issues in Kathmandu metropolitan city, the same way the green space also helps to maintain the hydrology around city, provide emergency shelter and many more.

As more and more people live in cities, restoration and preservation of ecosystem and enhancement of biodiversity- green scape and wetlands- in urban areas are becoming more important agenda. Urban ecosystem and biodiversity are the basis of urban dwellers' happiness. Apart from natural one, an application of artificial ecosystems may yield important insights for the management of natural ecosystems. Despite of its historical establishment, Kathmandu Municipal is far behind to materialize the concept of urban environmental governance. Lacking drinking water supply and solid waste management, reluctant to create and maintain green open space, fail to control of sound, air and water pollution are some of the key issues seen on the surface. Further, there is lacking of ward level integrated plan and ecofriendly master plan of the city. In addition, data base and monitoring system on urban ecosystem and biodiversity status is lacking.

Hence, Kathmandu Municipal must revise its ward level working modality and master plan based on the outputs gained from knowledge sharing workshop / conference. It should implement the plan through one door system but decentralized and hassle-free governance approach in coordination with civil societies (ToleSudharSamiti) with clear cut work division based on the nature of institutions.Enhancement of biodiversity in urban ecosystems can have a positive impact on the quality of life and education of urban dwellers.Until and unless Kathmandu Municipal protect its lungs and kidneys, people of the cities can't alive. Time has come to deal these area as soon as possible. 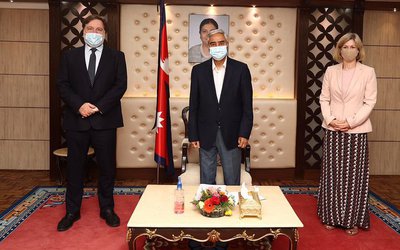 SUMMIT COP26 Agenda 1.5 Degrees By A Correspondent 1 week, 1 day ago 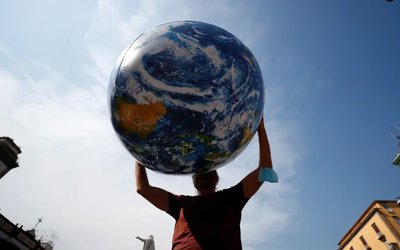 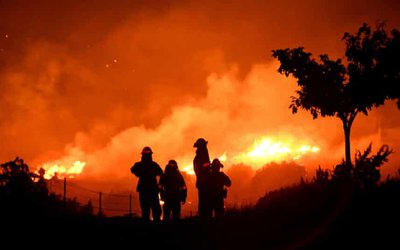 There Need To Strike Balance Between Development And Environment: Chief Secretary Bairagi By Agencies 4 months, 2 weeks ago