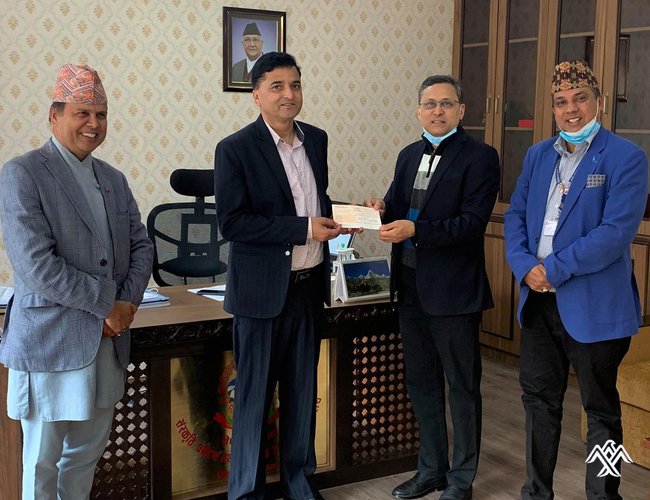 Himalaya Airlines, a Nepal-China joint venture, has come forward with a view to expressing solidarity with the Government in the fight against the outbreak of Covid-19 virus in the country. In line with its CSR, the airline has joined hands with Government by contributing Rupees 10 million (Rupees ten million only) to the Corona-virus Control and Treatment Relief Fund set up under the Office of the Right Honorable Prime Minister.

“Himalaya Airlines and its family stand firmly by the Government and the people of Nepal during this critical time,” said President, Zhou Enyong in his message. “This is the time for all of us to unite in the national health emergency and contribute our part towards successfully ending this battle’, he further added.

Vijay Shrestha, Vice President, said that it’s an honor and pride for Himalaya Airlines family to support the Government and, further reiterated that, being a Nepali company, the company has fulfilled its duty to the nation.

Amid Of Surge Of COVID-19 Cases, Nepal Issues More Permit For Everest Expedition By Agencies 1 month, 3 weeks ago