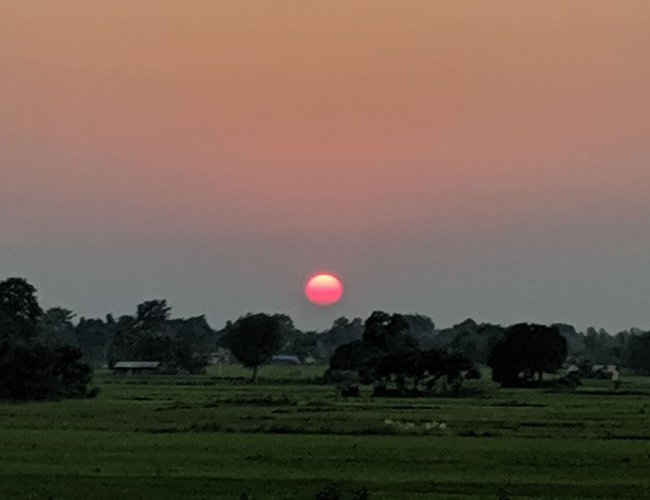 Nepali people follow their own calendar system known as the Bikram Era or Bikram Sambat. New Year is called Nava Varsha in Nepali language and is observed as an official holiday. The day usually falls in the second week of April. During this occasion people go for picnics, have get-togethers and celebrate the day socializing in various ways.

This year Baishak 1st coincides with 13th of April of English calendar. Various rituals are conducted and yearly annual carnivals like Bisket Jatra, Sindoor Jatra and Bode Jatra are passionately carried out to welcome the New Year in traditional style. New Year's Eve events and parties are also organized at clubs, hotels and restaurants for party lovers.

Bikram Sambat is 56.7 years ahead of the solar Gregorian calendar. It uses lunar months starting from Baisakh in mid April, Jestha in mid May, Ashar in mid June, Shrawan in mid July, Bhadra in mid August, Asoj in mid September, Kartik in mid October, Mangsir in mid November, Poush in mid December, Magh in mid January, Falgun in mid February, and Chaitra in mid March.

ikram Sambat is the calendar established by Indian emperor Vikramaditya and is recognized as the official calendar of Nepal. In addition to Bikram Samwat, the Gregorian calendar is also widely accepted in the Nepali community. Nepali Calendar is a solar calendar based on ancient Hindu traditions. The history of Nepali calendar has an intriguing story.

Significance of Nepali calendar has different aspects the more important one being that the Nepalese people use more than one calendar and celebrate their new year days accordingly.

There are many events in the Nepali calendar with each month having a special religious ritual assigned to it, the most important being the festival of Mata Tirtha Puja, Buddha Jayanti and Dashain. Thus, the Nepali Calendar presents an accurate measuring of different religious celebrations of the Nepalese.

Parshuram Jayanti 2021: Rituals And Significance By Agencies 3 days, 20 hours ago

Hanuman Jayanti 2021: Importance And Significance By Agencies 2 weeks, 6 days ago

Mahavir Jayanti 2021: Celebrating The Birth Of The 24th Tirthankar By Agencies 3 weeks, 1 day ago

Ram Navami 2021: Its Importance And Significance By Agencies 3 weeks, 5 days ago