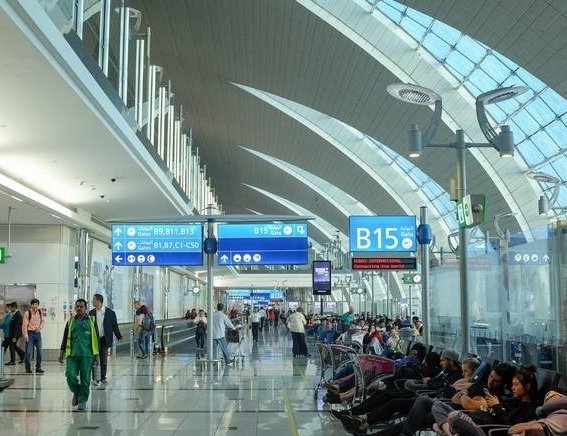 Spelling trouble for Nepali workers, the UAE plans to impose strict restrictions on countries reluctant to take back their nationals working in the Gulf country in the wake of the coronavirus outbreak and restructure its cooperation and labor relations with them, a state-run media report.

Over 100,000 workers have taken labor permits for the Emirates. There are an estimated 200,000 Nepali workers. Visa of some Nepalese have expired and some of them have laid off. As Nepal does not have the capacity to place them in quarantine, Nepal is waiting for the next move.

However, The Ministry of Human Resources and Emiratisation (MoHRE) of UAE has announced that it is studying measures to take with regards to current labor relations with partner countries.

The decision will also likely affect Nepalese migration workers. According to reports, there are over20,000 Nepalese currently working illegally or laid off.

A ministry official said that MoHRE is looking into revising current partnerships concerning labor relations with nations refusing to cooperate with evacuation measures undertaken by the UAE to repatriate private sector expatriates who wish to return home reports Khaleej Times.

The official noted that the ministry's move comes after a number of countries did not respond to requests by their nationals to return home following the Covid-19 developments.

The official stated that the options currently being studied include the halting of any memoranda of understanding between the ministry and the concerned authorities of non-cooperative countries, as well as the introduction of restrictions or quotas for future recruitment.

The source stressed the urgency of partner countries assuming their responsibilities towards their nationals working in the UAE who wish to return to their home countries.

The official noted the recent humanitarian initiative launched by the ministry in cooperation with the Federal Authority for Identity and Citizenship, the Ministry of Foreign Affairs and International Cooperation, the General Civil Aviation Authority, and the National Emergency Crisis and Disaster Management Authority to enable residents working in the private sector to return to their home countries as a precautionary measure to curb the spread of the coronavirus pandemic.

Kuwait has also asked illegal migrants and those whose visas have expired during this pandemic period to leave the country by April 30. Amnesty has been granted till that date; meaning there will be no penalty.

The official made it clear that all countries of foreign workers in the UAE should be responsible for their nationals wishing to return to their countries as part of the humanitarian initiative launched recently by the ministry.

Earlier this month, the ministry launched the initiative to enable residents who work in the UAE and wish to return to their countries to do so during the period of precautionary measures undertaken in the UAE to contain the spread of the coronavirus.

Local Levels Oppose To Shutdown The Schools By Agencies 3 days, 7 hours ago

Helicopter Used To Drop Water On Wildfire In Shivapauri By NEW SPOTLIGHT ONLINE 4 days, 8 hours ago