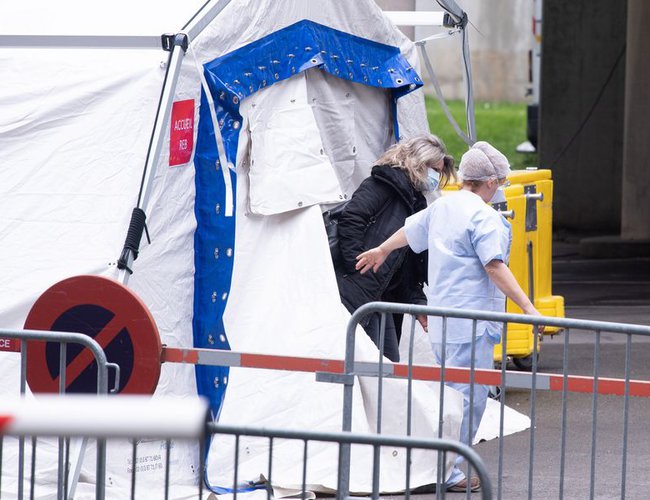 Mike Pence, the US vice president, says more than three million people have been tested for the new coronavirus across the country.

"It's reported to us that we've conducted and completed three million, 324,000 tests across the nation, more than 619,000 Americans have tested positive," he says at a White House press briefing.

The United States In Partnership With ADB Completes Two Secondary Schools In Kathmandu By NEW SPOTLIGHT ONLINE 15 hours, 59 minutes ago

India Provides Grant For The Construction Of New School Building In Butwal By NEW SPOTLIGHT ONLINE 3 days, 10 hours ago

PM Oli Adopted A Rhino By Agencies 4 days ago

338 Households Displaced In Fungling Due To Fire By Agencies 4 days, 13 hours ago

Chanda Led Maoist And The Government To Hold Talks By NEW SPOTLIGHT ONLINE 4 days, 23 hours ago