Water Scarcity In The Time of Pandemic

We are facing this COVID-19 pandemic in the driest seasons of the year. A time of the year when our ephemeral rivers and springs dry up, making it the most challenging to already water starved parts of the country 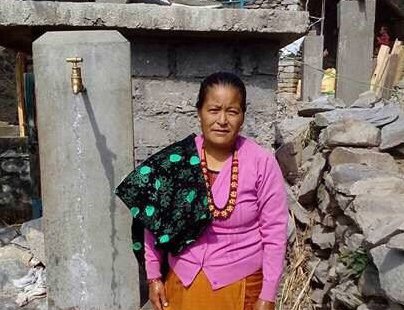 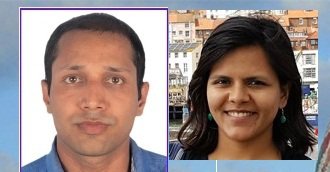 While the pandemic has temporarily halted the world and we are locked down within our homes to contain the disease, and everyone, everywhere is advising on the importance of washing hands, two of our friends from different cities, Kathmandu and Itahari, write about their water woes in their Facebook pages. Despite being from two different cities, both of them, write that the biggest hindrance between them and their desire to stay safe by washing hands, is the acute water scarcity they face during this time of the year. World Health Organization has recommended the simple act of handwashing for at least 20 seconds to prevent from getting infected, or transmitting COVID-19 to others. However, as simple as it sounds, for a country like ours where the average water consumption per capita is dismally low, the very small act can be daunting challenge on everyday basis.

A blog published in DownToEarth has estimated a 30 to 40-second hand wash could use up to four liters of water, if tap is on, or two liters, if the tap is closed while scrubbing with soap. As it has been advised to wash hands more frequently, let’s say 10 times a day, then a single person requires around 40 liters of water just to keep their hands clean. Now, comparing this with the per capita water consumption of the Nepal, 35 to 55 liters per capita per day (LPCD), which is significantly lower than the WHO standard, 112 to 150 LPCD, hand washing doesn’t seem to be a viable preventive measure for majority of Nepali.

Water scarcity and the pandemic

World Resource Institute labels Nepal as “high baseline water stress” country and it ranks 40th where first 17 are “extremely high” levels of baseline water stressed countries. In terms of actual numbers, UNICEF reports that 3.5 million people do not have access to basic water services. Water scarcity affects good sanitation practices and hence, 10.8 million in our country do not have access to improved sanitation practices. The numbers of deprived population will significantly increase if the quality and sufficiency are taken into account.

We are facing this COVID-19 pandemic in the driest seasons of the year. A time of the year when our ephemeral rivers and springs dry up, making it the most challenging to already water starved parts of the country. Even the households with piped water connection have to look for alternatives water source. For those who did not have connections, mostly likely squatters, and tenants in water starve areas such as Chyasal and Kalimati,the situation is unimaginably difficult. The serpentine line of colorful pots around water spouts is ubiquitous sight in Kathmandu valley during this time of the year. In the current situation, hand washing while maintaining the protocol of social distancing becomes a challenge when a pot of water is collected by standing in queue for hours. If the situation prevails, it will not be far-fetched to assume that water scarcity might be a cause of social unrest as the economically poor cannot access water from private tankers as the rich do. Moreover, COVID-19 is not the only threat to the communities as many of the water-starved population are already plagued with water borne diseases. A 2017 report from Department of Health Service(DoHS) shows 270 preventable deaths in the year 2017 due as a result of water borne diseases.

Why Nepalese cities are struggling for water?

Despite the Himalayas, which are lauded as the water towers of south Asia, and bestowed with large ice mass, and have annual average precipitation higher than the global average, the acute water shortage has been a longstanding problem. A journal article by a team of researchers(which the first author was part of) based on their five years study in three cities of Nepal, namely, Bidhur, Dharan and Dhulikhel concluded that the physical availability of water does not necessarily result into water security. A commonality between the cities studied in the research was their struggle to develop a functional set up of a local institution to manage water supply. The findings are very obvious as Bidur, a city perched between two rivers, cannot provide adequate water to its residents, If we look into the liters per day demand of Dharan and Dhulikhel, the supply is half compared to the actual water demand. However, very little research is carried out to understand the city-specific constraints for water-scarcity.

As one of the causes, the research team identified the absence of a strategic approach to assess water insecurity against the imminent reality of urbanization and climate change. There exists a tendency to take a piecemeal and reactive approach to tackle water scarcity. The lack of promotion of technological innovation in water use and management were other causes, the researchers reported. The research finding underscores the need for strengthening local governance capacity by down-scaling climate science to the city level so as to inform the city/water planners for effective and equitable water management. \

This pandemic has reinforced the need for clean, safe and accessible water for all- which is also a target of Sustainable Development Goal. We must have been better prepared but as of the situation now, this can also be an opportunity to address the water scarcity situation in an integrated way. To start, the government can encourage the local government to formulate a water security plan considering the inevitable reality of urbanization and climate change and its impact on supply and demand. A water security plan should equally consider source protection as water sources are most threatened by the erratic climatic variability. An equitable supply of water to all levels of society is another challenge that such a plan should address.

Secondly, technological solutions have not been adequately explored to reduce water insecurity, especially in the mountainous regions where settlements are concentrated on higher elevation compared to water sources. A realistic approach for low economics like Nepal can be prioritizing low-cost technologies that provide nature-based solutions—such as source conservation, rain-water harvesting, climate adaptive recharge ponds and pits, and behavioral changes for efficient use of water. The second pathway can be techno-engineering efforts for addressing water insecurity. They can be of two types; one is meso level water infrastructure development, for example, tapping water from perennial rivers and diverting the water flow to urban centers. Another simple alternative technology is to encouraging water-intensive businesses such as hotels, large industries to install water-efficient technologies which can be as simple as aerated faucets in bathrooms and rainwater harvesting.

For any of the above-mentioned solutions to work, strong leadership and committed action from the local government is required. A few days back, a famous writer, Arundhati Roy wrote that a ‘pandemic can be a portal’, an opportunity to correct our ways for a better future. These desperate times call for unprecedented actions from the local leadership.

There Need To Strike Balance Between Development And Environment: Chief Secretary Bairagi By Agencies 1 month, 4 weeks ago