Protests Over Coronavirus Lockdowns In US And Brazil

Protests Over Coronavirus Lockdowns In US And Brazil 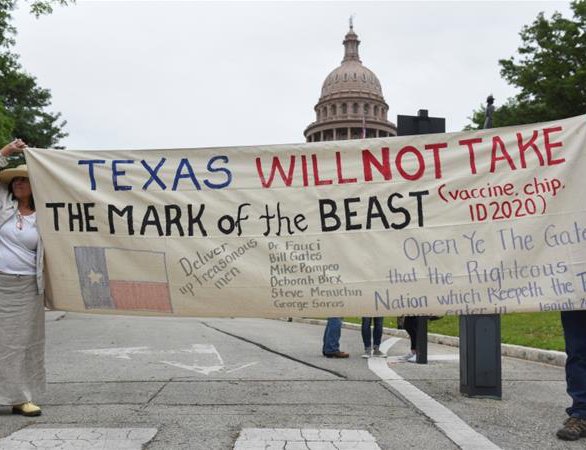 Small protests erupt in cities across Brazil and the US with demonstrators denouncing coronavirus-related curbs reports Aljazeera.

Hundreds of people have demonstrated in cities across the United States against coronavirus-related stay-at-home rules - with the explicit encouragement of President Donald Trump.

Some Americans, who live in parts of states with lower infection rates, have been made restless by restrictions that have more than 90 percent of the country under stay-at-home orders.

An estimated 400 people gathered in Concord, New Hampshire, according to an AFP news agency photographer, while a similar rally outside Maryland's statehouse in Annapolis drew about 200 protesters.

More than 250 people showed up in the Texas capital of Austin, as such protests continued to spread and drew encouragement in certain Democratic-led states from tweets by Trump - who has said he favours a quick return to normal practices.

Their common demand was that the stay-at-home order for the state of 1.3 million people be called off before its scheduled May 4 end date.

Earlier this week, similar protests erupted in the capitols of Minnesota, Michigan and Virginia.

The demonstrations, which also featured large crowds of people neither practising social distancing nor wearing face coverings, angered governors who have been trying to bring coronavirus outbreaks under control.

As of Friday morning, New Hampshire had reported 1,287 confirmed cases of coronavirus and 37 deaths.

The US has by far the world's largest number of confirmed coronavirus cases, with more than 706,000 and at least 31,000 deaths. New York state accounts for nearly half of those deaths.

Most Americans - by a two-to-one margin - worry about virus restrictions being lifted too soon, not too late, a recent Pew survey found.

But demonstrators found encouragement on Friday from the president himself, who in a series of tweets called to "LIBERATE" Michigan, Minnesota and Virginia - all states with Democratic governors - from stay-at-home orders.

While Trump agitates to get the country back up and running sooner rather than later as he faces re-election in November, the Pentagon announced on Saturday it was extending travel restrictions for its personnel until the end of June.

Trump has repeatedly called for the earliest possible return to normality as virus-related closings have had a crushing effect on American workers and businesses.

But health experts have cautioned that to avoid a second wave of infections as people return to work, extensive testing must be available to track infections, as well as contact tracing and antibody testing to learn who had been previously infected and might have some immunity.

Hundreds of people in trucks, cars and motorcycles, are taking to the streets of Rio de Janeiro, Sao Paulo and the capital of Brasilia, calling for governors to resign over lockdown measures that have forced most businesses to close for weeks.

In Rio de Janeiro, about 100 vehicles are seen in the gridlock, cruising down Atlantica Avenue, along the iconic and temporarily shut-down Copacabana beach.

"Either we just have the pandemic, which is already a lot, or we have the pandemic and chaos," says Anderson Moraes, a state legislator who had called for Rio residents to join the protest. "For sure, lives are more important than anything else, but we can't take decisions today without thinking about tomorrow. Because tomorrow, I don't know how a family man will be when he sees his children going hungry."

In Brasilia, President Jair Bolsonaro who opposes the lockdowns reiterates his intention to start reopening the economy. "The fear was excessive," he says, denouncing the "greed" of politicians "who have shut down everything and created panic."

"People want a return to normality," the president says in a Facebook Live session shortly before meeting with a small crowd of supporters who had gathered outside the Planalto presidential palace.