Russians Tourists Taken Back To Home

Russians Tourists Taken Back To Home 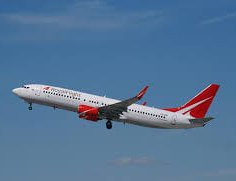 As said by TIA general manager Devendra KC, the flight operated by the Russia-based Joint Stock Company-run Chartered Airlines landed at TIA this morning to take those Russian citizens stuck in Nepal due to lockdown back to home. The flight was possible on the initiation of the Russian Embassy in Kathmandu.

Similarly, the United States of America will be sending an aircraft Tuesday to receive its citizens stranded in Nepal. The departure flight has been scheduled for tomorrow itself. Prior to this, the US has rescued its citizens from here via the chartered flight of Qatar Airways. This time, the US will be making the flight by a domestic company, but does not reveal the name.

Nepal To Resume Domestic And International Flights By Agencies 4 hours, 54 minutes ago