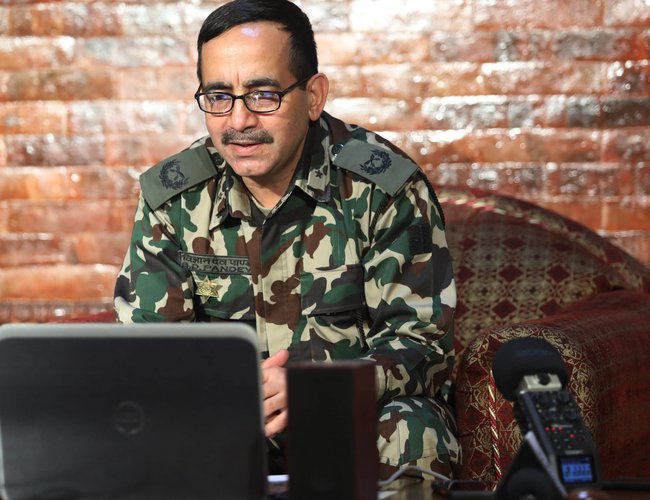 Nepali Army Headquarters (NAHQ) has signed an agreement with China Sino-Farm International Corporation, China’s state-owned company for the procurement of medical equipment and kits to be used in the diagnosis and treatment of coronavirus infected people in Nepal.

To reduce the cost of the chartered flights, the NA has also been planning to bring the medical items via Tatopani dry port, added Pandey.

China Sino-Farm International Corporation is the state-owned company that is undertaken by the Ministry of Commerce of China, according to Brigadier General Pandey.

“The national requirement of the medical goods of 67 items was finalised by the Logistic Operation under the COVID-19 Crisis Management Centre (CCMC-Operation), “ said Pandey, who is also the Director at the Directorate of Public Relations and Information (DPR&I) at the Army Headquarters.

The goods were purchased under certification of National Medical Product Administration (NMPA) of China for ensuring the quality of the goods, according to Pandey. NMPA is a quality assurance certification ensured by the government of China before its export abroad.

In the context of purchasing 56 types of medicines from India under G2G, Brigadier General Pandey said that the procedure has been moving ahead and letter of acceptance has been sent to India.